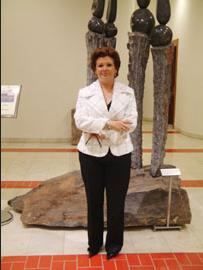 A NEW safety campaign funded by the Faro Civil Governor and the Algarve Tourism Board (RTA) is to be launched in June to highlight the dangers of certain parts of the Algarve coastline.

The urgent need for such a campaign is highlighted by the recent incidents that resulted in the death of a Dutch woman in Albufeira on Sunday and the suspected drowning of a shellfish gatherer in Olhão on April 17.

The unprecedented plan involves advertising in the media, the distribution of flyers in hotels, tourism information branches and other public places like rent-a-car companies and even sport-themed shops.

Included will be relevant information about the dangers of visiting unattended cliffs, particularly in the western Algarve, and general advice about beaches and other places of interest where there may be some risk to visitors.

The nature and format of the information will be responsibility of individual Câmaras, who also will have to decide how many copies to print and which areas in their specific regions need to be targeted.

The campaign, which will be in Portuguese and English, includes posters to be placed at Faro airport and at motorway toll booths, asking visitors to ensure they make themselves aware of the safety information.

As well as visitors to the region, the campaign will also target the amateur fishermen who use the unstable cliffs of Sagres and Vila do Bispo areas.

According to Isilda Gomes, the Faro Civil Governor, the main problem in the case of the tourists is due to their quite natural relaxed attitude towards a holiday destination. However, she said, the same cannot be said when it comes to fishermen.

“It is a cultural problem, with people fishing in the same place for generations without any safety equipment,” she said. “The use of a life-saving jacket is, therefore, something fishermen can no longer forget when they go on a fishing adventure in the cliffs.”

Isilda Gomes is convinced that such a campaign, instead of prohibiting people’s access to these places, will be more productive in preventing accidents.

“If the authorities stop the fishing in some places, the fishermen will find other spots eventually, and possibly, more dangerous,” she told The Resident.

Concerning danger signs, proven to be of vital importance in a tourist destination, the Civil Governor revealed that “work is being done” and that this will form a second phase of the campaign “as it requires more time”. She was unable to say when this would be completed.