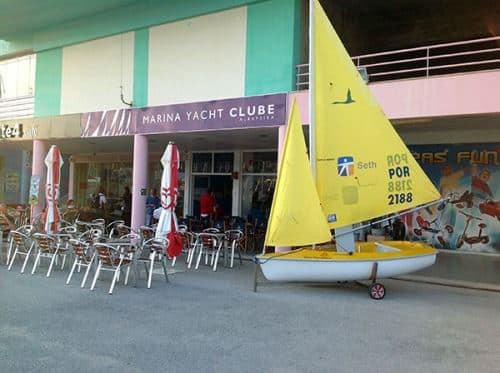 Mayors in some of the most popular tourist areas of Portugal believe the creation of a municipal tourism tax is pressing and that the matter should be discussed in Parliament as it is “far too important” to remain at a local level.

The call for a national discussion follows the decision of Aveiro’s Mayor to implement a €1 charge per overnight stay at tourist accommodation units in the council, including at campsites.

Although the measure was due to have started on August 23, it has been postponed until a later date, as hoteliers discuss the best way of introducing the extra charge in their guests’ bills.

However, the impact of Mayor Élio Maia’s decision has been felt across the country, particularly among tourism circles.

The Portuguese association of travel and tourism agencies was quick to react to the move and has slammed the creation of any type of tax affecting tourists – “be it municipal or national”.

Pedro Costa Ferreira, President of the Associação Portuguesa de Agências de Viagem e Turismo (APAVT), says he is against the decision by the Aveiro Mayor to tax tourists in the council and “to extend the measure to the whole of Portugal will be a final nail in the coffin for tourism.

“Portugal is already faced with stiff competition from other destinations; it does not need another negative aspect that could be potentially detrimental to the sector and could compromise its competitiveness.”

He says that only by reducing costs for visitors to Portugal will the country improve its reputation as a tourism destination par excellence. “This tourism tax is exactly what shouldn’t be done,” said the APAVT president.

In July, Elidérico Viegas, president of the Association of Algarve Hotels and Tourist Resorts (AHETA), had already shown he was against this idea by saying that Portugal should create facilities to attract more people to the country.

“Taxing them is not the way to do it,” he said, responding to a proposal put forward by the Secretary of State for Culture, Francisco José Viegas, suggesting that hotel guests should pay a special ‘culture tax’ to ensure the maintenance and enhancement of the national historic and architectural heritage (see Algarve Resident, July 13 edition).

But câmara presidents in popular tourist areas feel the municipalities should benefit from part of the revenue generated from tourism, particularly as expenditure increases significantly during the high season placing a strain on municipal budgets.

Desidério Silva, mayor of Albufeira, the Algarve’s most sought-after destination by holidaymakers, told Lusa news agency that he believes the government should transfer some of the revenue generated from tourism to the câmaras.

He said: “I have always defended that câmaras should benefit from tourism revenue, which is all currently going to the State.”

Although he disagrees with Aveiro’s go-it-alone attitude, Albufeira Mayor admitted câmaras were facing serious financial difficulties and were struggling to pay their debts.

Desidério Silva said: “Since 2009, Albufeira Câmara has been accumulating losses due to the significant decrease in income from municipal property tax (IMI) and property transfer tax (IMT).”

Having received around €4 million from the 2012 State Budget, Albufeira Mayor says the council’s expenditure amounts to around €26 million due to the infrastructure demands of tourism. “These expenses relate to supplying water and waste water treatment, ensuring reliability of sanitary systems, litter collection, among other essential infrastructures.”

In Desidério Silva’s opinion, part of the IVA revenue generated in tourist areas should revert to the câmaras. However, he said he was open to other solutions.

Cascais Câmara vice-president Miguel Pinto Luz told Lusa that a proposal to implement a municipal tourism tax in the council had already been submitted to the local hotels association and that it was being discussed with tourist entrepreneurs and operators.

He said: “In Portugal, the financing model for the tourist sector centres round gambling revenue. Estoril Casino is one such source of income, however this has been decreasing in recent years.

“Thus, we have to think of other ways of generating revenue and such a tourism tax could be an option.”

For Évora Mayor José Ernesto d’Oliveira, the matter is so important that it should not be left to câmaras to decide. In his opinion, the government and parliament should take a stance about the implementation of a municipal tourism tax.

He believes the €1 charge would be an insignificant amount for hotel guests and hoteliers to support but would provide much-needed revenue for municipalities.

He said: “If a more concerted strategy is developed, then we may move forward with the tax. This way câmaras could be compensated for the expenses they incur with tourism pressures.

In the Silver Coast council of Peniche, Mayor António José Correia said he had not yet decided whether he would go ahead with the introduction of a tourist charge but admitted he would revisit the subject at the end of the year.

In Figueira da Foz, Mayor João Ataíde does not think the creation of a municipal tourism tax would result in significant revenue for the council as the municipality has few services as far as hotels and restaurants are concerned.

In the case of the Algarve, he said, where tourism services are “excessive”, such a tax would “certainly be advantageous in the face of budgetary difficulties”.

Do you have a view on this story? Please email the Editor at ines.lopes@algarveresident.com
1″>news