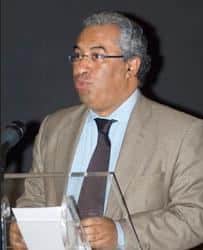 LISBON CÂMARA accountants have reached an agreement with the municipal authority’s main creditors which will wipe interest payments worth 12 million euros of its debt.

The Câmara’s financial chief executive officer, Cardoso da Silva has signed an agreement with creditors to reschedule millions of euros of debt, loans and unpaid bills.

The debts owed by the authority include a 7.8 million euro telephone bill to Portugal Telecom and a 22 million euro electricity bill owed to EDP.

Lisbon Câmara’s present administration has admitted that its debts to service suppliers has reached a massive 239 million euros, although its total debt including bank loans, unpaid bills, loans from central government and other expenses could be as much as one billion euros.

Under the latest accord, the main creditors have promised to forget about an annual 12 million euros worth of interest payments.

Cardoso da Silva stated that “instead of calculating the total value of debt from a base interest rate of 11 per cent (including outstanding accumulated interest), the Câmara will pay an interest rate of between five and six per cent, which translates into 12.4 million euros worth of interest payments per year, or a million

The new interest payments will be paid monthly as of January 1, 2009 under the new financial rescheduling agreement.

Under the agreement actual debts to creditors should be paid “in nine annual instalments between 2010 and 2019.

The agreement was reached after various meetings with creditors since February aimed at “finding alternative solutions” to paying off debts until such a time that the Tribunal de Contas approved a 360 million euro loan from Caixa Geral de Depósitos.

The Câmara has already slashed its annual budget to free up 20.4 million euros to pay off some of the debts owed to 1,287 creditors.