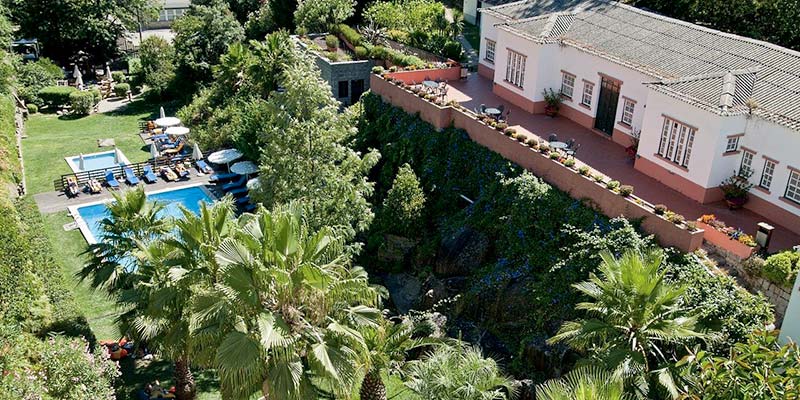 Monchique council has announced that the Villa Termal Caldas de Monchique Spa Resort will be sold by current owner Fundação Oriente to a consortium which plans to invest around €10 million in renovation works in and around the resort.

The council is so eager to see the investment move forward that it has given up around €500,000 in property transfer fees that it would be entitled to once the deal was completed.

The consortium includes The Fladgate Partnership, owner of port wine brands Taylor’s, Croft and Fonseca as well as of several luxury hotels including The Yeatmen in Vila Nova de Gaia near Porto.

Also part of the consortium is Unlock Boutique Hotels which owns a number of boutique hotels around Portugal. The other investor is described only as “one of the owners” of local water company Águas de Monchique.

The announcement was made by Monchique mayor Rui André in an interview with local news website Sulinformação.

Considering the investment to be vitally important, the municipal assembly of Monchique approved a bid from the buyer that makes it exempt from paying IMT property transfer rates.

Rui André admitted that the decision was not consensual, even among members of his own party, and was not made lightly. However, “the benefits that will come from this deal were too good to refuse”, he said.

One of them is the “commitment” made by the consortium that the rates that they won’t be paying will be used to revamp the public area in and around the resort. The promoters also promise to create more “qualified jobs”.

As André points out, “the €500,000 (in IMT rates) would have been very important for the council. But inland territories have difficulties attracting investments and sometimes you have to make choices”.

He said that, ideally, it should be the government giving up its share of taxes to encourage investment in areas like Monchique. “But it had to be our council giving up this vital revenue to ensure the investment moves forward,” he said.

The reason why the deal is considered so important is that the current owner has not invested in the resort in recent years, he said.

“I think a revamp is needed as well as a new wave of investment, revitalisation and promotion of the huge potential associated to the resort’s hot springs”.

The stellar reputation of the companies that form the consortium also played a big part in the council approval of the deal.

The Fladgate Partnership was particularly praised by the mayor for taking the Hotel Infante Sagres in Porto “which was somewhat rundown and turned it into one of the city’s most interesting hotels”.

The group’s arrival in Monchique could also open up “possibilities for our Medronho aguardente (firewater)”.