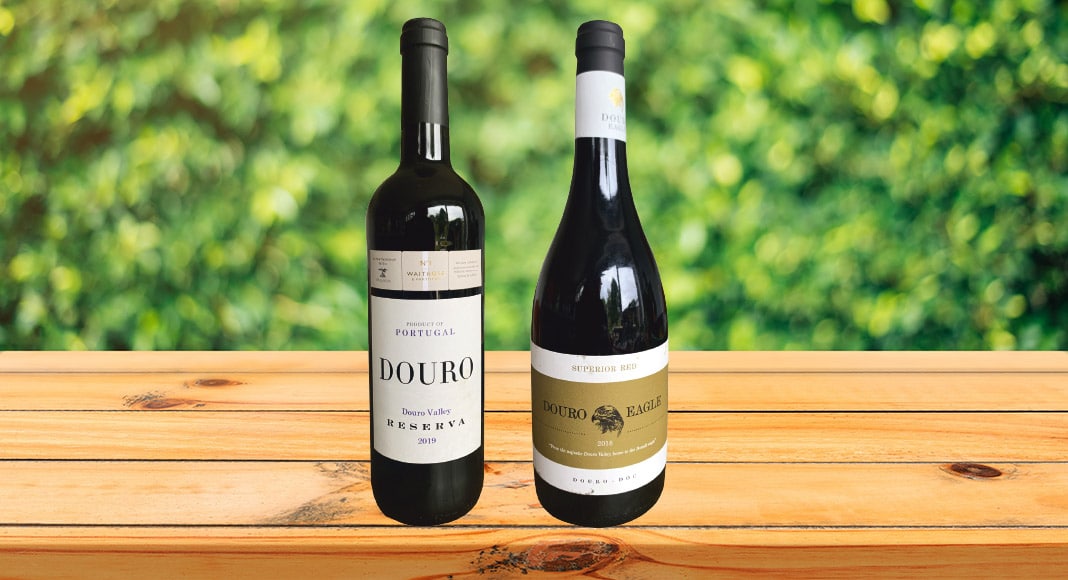 I spent a few days in the UK last week and decided to do a bit of research into the Portuguese wines readily available to the UK consumer. I had originally planned to visit most of the major supermarkets but only ended up having time to visit a Waitrose and a branch of Majestic Wine.

But from past experience, it is fair to say that Portuguese wine is very poorly represented in UK supermarkets, sometimes with just one or two bottles mixed up with the Spanish wines or in the “rest of the world” section.

This was the case in Waitrose (St. Albans branch) where the only Portuguese reds available were the Douro Reserva (Waitrose & Partners Nº1) pictured here and made by Quinta de La Rosa and Altano Douro from Symington. The only white to be found was Azevedo Vinho Verde.

Of these three, priced at around £12, £11 and £9, respectively, it is Quinta de La Rosa Douro Reserva that offers the best value for money by far. This is a wine that would cost around €10 here in Portugal whereas the other two would cost less than €5, so it is clear to see that by paying just a little more, you get a lot more quality.

The same principal applies at Majestic Wine, but here Portugal is fairly well represented. There are some seriously overpriced cheap Portuguese wines such as Planalto white, costing between €4 and €5 in Portugal and sold there at £9.99. They also have their hugely popular Porta 6, a cheap mass-produced wine from the Lisbon region, again costing less than €5 in Portugal but £8.99 there.

But there is a dedicated Portugal section with wines from various Portuguese regions including a very good Alvarinho from Casal de Ventozela at £11.99 for a wine that would cost around €10 here.

My best find at Majestic, however, was the Douro Eagle pictured here, priced at £13.99, and although a label I have never seen here in Portugal, it was very clear on tasting (I tasted it alongside the Douro from Waitrose) that this is a high quality Douro red and a wine that I would happily pay a similar price for here in Portugal.

The issue with the cheaper wines being overpriced is partially to do with the fixed duty of £2.33 charged by the inland revenue on any bottle of wine (irrespective of price), but that said, retailers are clearly cashing in with larger mark-ups on the high-volume cheap wines. 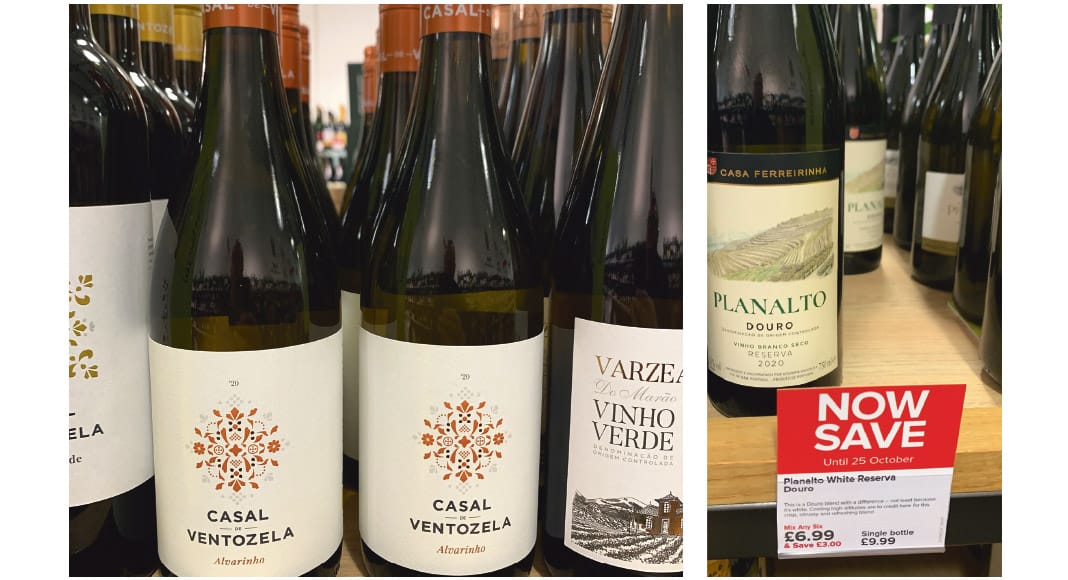