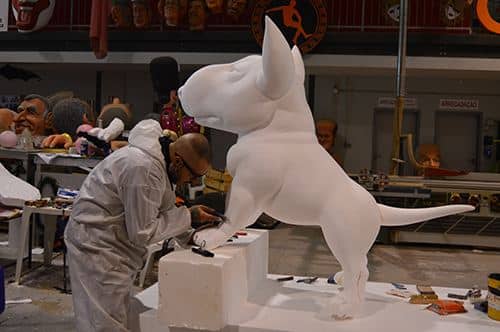 A veil of secrecy which has been enveloping the Algarve Motor Park was lifted this week as McLaren announced they had used the circuit for media testing of their McLaren MP4-12C at the end of January.

A spokesman for McLaren told the Algarve Resident: “We chose the Algarve as we liked the variety of corners at the track and because it was recommended to us by our development team. We also hoped for good weather but it rained!”

A small group of specialist journalists were invited to the track in the Algarve to enable them to have first-hand experience of the new road vehicle – and they were also treated to a drive round the circuit by Formula 1 driver Jenson Button.

Chris Goodwin, the chief test driver for McLaren, said: “The circuit here is an amazing combination of massive elevation changes, some very tight corners and some very fast ones and it allows us to really demonstrate what this car is all about.”

He added: “We had mechanics, electrical engineers, vehicle dynamics engineers, the full team of people who have produced and developed this car, on hand to make sure the car ran faultlessly and to answer any questions the media may have had.”

Four production prototype McLaren MP4-12C cars were brought to the Algarve Motor Park from a test programme of the cars currently being undertaken at the IDIASA track near Barcelona and then taken out on roads in the local area, with Jenson Button and the journalists all singing the praises of the super car.

Jenson Button said of the testing: “You would expect me to say this but I honestly don’t know another car you could drive like this one on the road. The brakes are amazing, just like our F1 cars. So is the handling.”

He said: “McLaren’s modern history began 30 years ago with 50 people dedicated to winning Grand Prix. McLaren now employs about 1,500 people, all passionate about being the best – and about launching a new car company and our first car.”