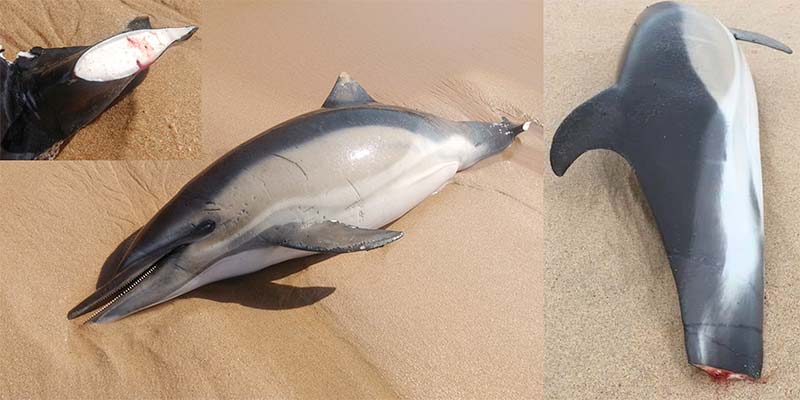 In the last few months, dozens of butchered dolphins have washed up dead on beaches around Torres Vedras.

Everything points to the animals having been ‘caught in fishing nets’ and then ‘cut free’ in the most brutal fashion and left to die in agony.

The authors of this carnage can be easily traced, says the site – explaining that shipping tracker sites give all the boats in the areas pre-discovery of the dolphin carcasses.

“If the authorities want to find out, they can”, says the site’s most recent post. “The (dolphin) that appeared on Praia do Seixo on March 16 around 2am had had its fin cut just a few hours before. The one on Praia do Mirante was found in the early hours of 17th. Both situations are possible to investigate as there weren’t that many boats passing the coast at that time…”

The site then lists all the authorities who could be informed, saying if people acted, dismal sights like these “would become much rarer”.