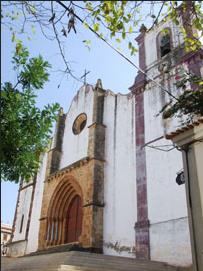 TWO PORTUGUESE businessmen are to help finance the restoration work of Silves Cathedral after being contacted by Silves Câmara President Isabel Soares.

António Guerreiro, a banker from Finantia bank who was born in São Bartolomeu de Messines, in the county of Silves, and local businessman Vasco Pereira Coutinho, have offered to help pay for the restoration of the religious monument.

A spokesman for Silves Câmara told The Resident: “We can confirm that these two businessmen will be helping to finance the work at Silves Cathedral, after they were contacted by our President, Isabel Soares.

“We do not yet know what percentage of the total cost of the restoration that the two patrons will be donating.”

The spokesman also said that a representative from the Ministry of Culture, which will be co-ordinating the building’s restoration, was due to be present at the Cathedral on Wednesday (May 28) afternoon to speak about the plans for the building and answer questions from the public.

According to a report published by the Ministry of Culture in 2006, Silves cathedral’s roof is at risk of imminent collapse. The national monument requires urgent and costly repairs but the government has so far refused to provide the funding, leading to local residents carrying out a petition and protest in front of the monument as well as planning to raise the money themselves.