Reports of serious damages caused by heavy rain are starting to emerge from Faro, from a house in ruins collapsing onto a car to university classrooms and several stores becoming flooded.

One of the worst affected areas in the Algarvian capital is Rua de São Luís, where businesses are at their wit’s end with the losses they face every year when it rains. 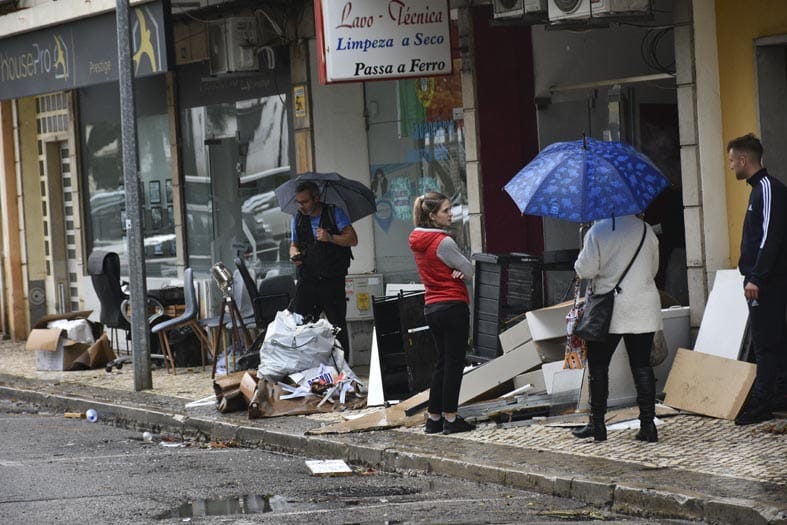 “Every year we face losses of hundreds of thousands of euros, but this year the damages are beyond what is considered normal,” business owner Nuno Amado told Barlavento newspaper.

Said Amado, the street is particularly affected as the rainwater from three or four other streets ends up on Rua de São Luís, which does not have the capacity to drain all the water in time before the street begins to flood.

“It is a problem that has been happening for over 25 years and which all mayors know about. Everyone knows what happens here and I cannot understand why there is no solution,” the business owner said. 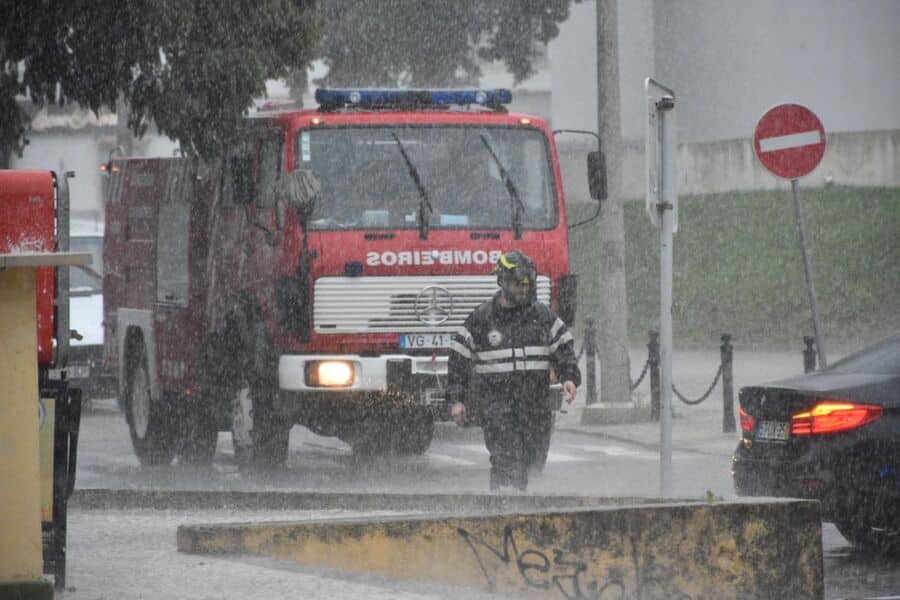 “We do not understand why the council does not resolve this. Business owners are tired of this. As I often say, we are the ‘chamber pot’ of the town.”

The drainage system was revamped around a decade ago, but “it wasn’t done properly” according to Amado.

“The water is being challenged into the sea. If the tide had been high on a day like today, this would have been much worse,” he warned.

One of the biggest consequences of the downpour was the collapse of a house in ruins in the town’s historic centre. For years, local residents had warned about the bad state of the house, reports Correio da Manhã.

Parts of the house collapsed onto a car that was parked nearby, completing destroying the back half of the vehicle. 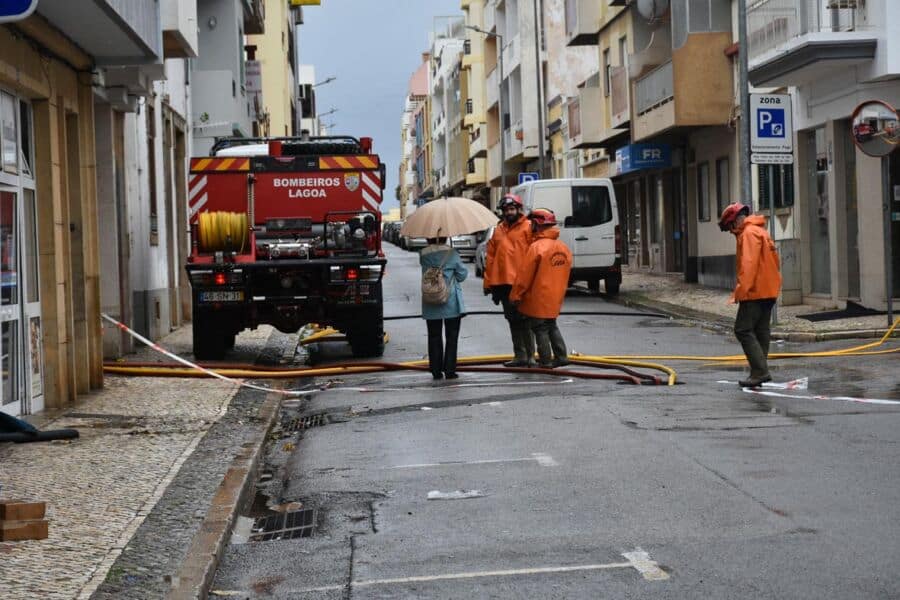 Several other cars became submerged due to the floods which affected multiple boroughs in the Algarve, with most of the occurrences being reported in Faro, although serious floods were also reported in Olhão, São Brás de Alportel and Quarteira and as far east as Alcoutim.

Several classrooms of the University of Algarve’s Penha campus also became flooded, forcing classes to be cancelled for at least today.

The district of Faro remains under yellow alert until 6pm today.