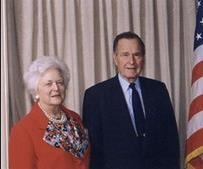 FORMER US President, George HW Bush, was due to attend the official swearing in of the new Portuguese President of the Republic, Aníbal Cavaco Silva, in Lisbon on Thursday this week (March 9).

The current US President’s father, who headed the US government administration between 1989 and 1993, was due to be joined by the US Ambassador to Portugal, Al Hoffman Jr., and the US Sixth Fleet Commander Vice Admiral, John D. Stufflebeem.

The Palácio de Belém has yet to release details of the diary of Cavaco Silva, who has already held round table talks with French Interior Minister, Nicolas Sarkosy, at his temporary headquarters at Queluz Palace last week.