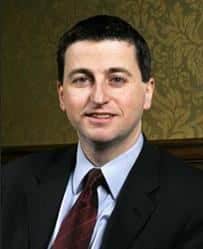 FOR THE 11th successive year, the European Court of Auditors has refused to sign off the EU Accounts. Eighty per cent of the dodgy claims come from member states, yet the Commission takes all the blame while nobody takes any responsibility. I raised this formally in Question Time in the European Parliament. As the UK holds the current Presidency of the Council, the UK Europe Minister was in the hot seat to reply. However, he did not.

I asked him what steps the UK presidency had taken to address this totally unsatisfactory state of affairs. I also asked whether he could give me any assurance as to whether we could expect a better result next time around. He read out a prepared answer saying that while, of course, he shared our concerns, it was not all bad news because the auditors had found some examples of progress! He added that the even better news was that member states had just signed off some new recommendations for action, which would make everything alright …  I retorted that the problem was not a lack of recommendations for action, but simply a lack of action. We do not need new recommendations: we just want the old ones to be implemented.

The auditors reported that a new accounting system was officially in place in principle, but in practice the necessary work to validate it was still not completed, and so its full implementation was delayed. I asked why and for how long. I reminded him that the auditors had concluded that reported expenditure on the Common Agricultural Policy was still materially affected by errors. I asked why and what was being done about it.

I said the auditors stated the risk of errors would continue unless the legal framework was changed. I asked why it had not been changed and when it would be. Finally, after noting their observation that the ability of the Commission to properly manage the budget for multi-annual programmes was limited. I again asked why.

Did he accept that the presidency had the obligation to press for real reform within member states? What was he doing about it? Would he promise to write to me with specific responses to my questions?

He made no such promise. He simply read out the second half of his prepared statement, saying how he hoped the presidency would play its part in resolving the problem “in the months and years to come”. Such a complacent response was most disappointing.

If member states do not bother to address the problem, the budget will not be signed off next year either. In any event, the UK should resist all argument to increase the overall EU Budget – or to hand back our annual rebate.