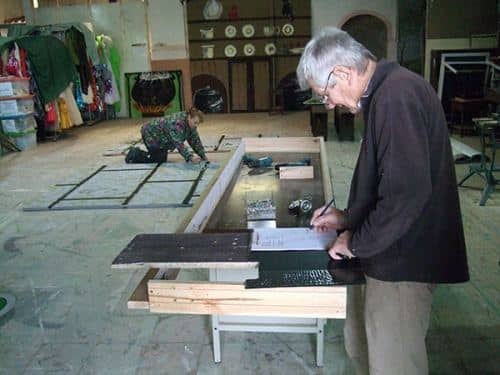 Two male receptionists have been savagely attacked and seriously injured in separate violent hotel robberies in Albufeira this month. It is believed by police that the crimes have been carried out by the same gang – three men who wear masks, carry weapons and use extreme violence during their attacks.

On September 17 at around 4am, the 56-year old receptionist at the Hotel Sol e Mar in Albufeira was punched, kicked and clubbed, before being blindfolded and gagged with adhesive tape, as his three attackers tried, unsuccessfully, to carry out the hotel safe weighing 100 kilos.

The victim suffered a broken arm and serious face and head wounds that required more than a dozen stitches. When speaking to the press following his attack, he said: “I thought I was going to die.”

The merciless assault came without warning as the victim was on early morning duty in the reception. He told the press that two of the men approached him without speaking and suddenly threw a towel over his head before the assault began.

When he tried to resist, he sustained a violent blow from a club which broke his arm and, at the end of his ordeal, he was left in a pool of blood.

The hotel receptionist managed to free himself and telephone the police.  He was taken to hospital in Faro for treatment.

Earlier in the month, on September 10 at around 3.30am, another male receptionist, at the Riu Palace Hotel in nearby Olhos D’Água, was attacked by three armed and masked men, whose aim was also to get to the safe.

According to press reports, the trio threatened the victim with a gun, covered his head with a towel, drugged him and then tied his hands.

Attempts to reach the safe with a grinder failed and the criminals fled the scene with €700 from the cash register in the reception area.

The Polícia Judiciária are investigating both crimes.

Last year the Algarve Resident reported on a proposal to change the law to allow hotel security guards to be armed in order to deter criminals (November 25, 2011 edition). The issue, however, divided the leaders of the two main tourism entities in the Algarve.

Elidérico Viegas, president of the Algarve hotels and resorts association AHETA, said security guards at hotels should carry firearms because “the means used by those establishments to ensure the safety of people and property in the face of potential crime were insufficient”.

But the president of the Algarve Tourism Board, António Pina, disagreed and said the proposal was no solution to the recent increase in hotel crime. “The phenomenon is not exclusive to the Algarve but the world,” he said, adding that he was, however, a “great defender” of video surveillance systems for the protection of citizens in public spaces, particularly if combined with “more effective police forces boosted not only by numbers but also by equipment”.

At the time, António Pina said he would be passing his views to the Secretary of State for Tourism, Cecília Meireles, who would then be responsible for taking them to the government.

The Algarve Resident tried to obtain a comment from the Secretary of State for Tourism but was unsuccessful at the time of going to press.