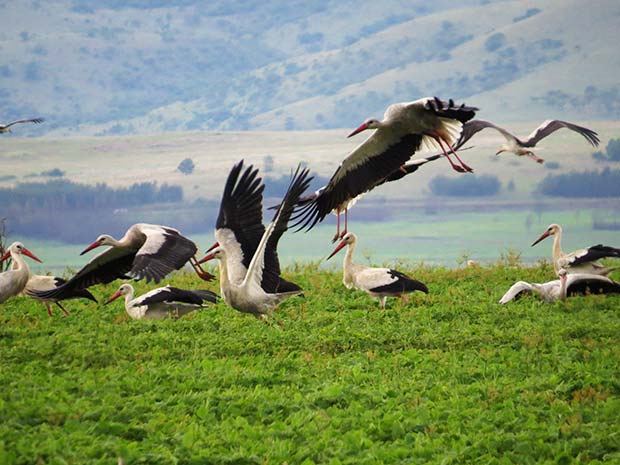 It has been a week of conflicting ‘news about Portugal’. In Davos, the country has been hailed a poster-child for economic recovery, while back home it continues to field embarrassing failings – like authorities’ inability to adequately protect its citizens (click here), its capital’s noble river (click here), and its natural habitats and species.

Brownie points at the world economic forum have not not stopped the ‘slings and arrows’ of the European Commission which announced yesterday (Thursday) that it is “referring” Portugal to the EU’s Tribunal of Justice for consistently turning a blind eye to conservation.

It is not for want of reminding, says a press release from the European Commission. “The Commission has repeatedly urged Portugal to fulfil its obligations. A letter of formal notice was sent in February 2015, and a reasoned opinion in May 2016”.

But “so far, Portugal has not been able to respect its own commitments”.

This latest wrangle centres on the Habitats Directive, passed in 1992, which “requires the establishment of the Natura 2000 network – the EU-wide network of protected natural areas – made of Special Areas of Conservation (SACs) and Special Protection Areas for birds (SPAs), under the Birds Directive.

“Each member state identifies and proposes sites that are important for the conservation of species and habitats occurring naturally in their territory.

“The Community subsequently adopts them as Sites of Community Importance (SCI)”, says the release.

“Member States then have up to six years to designate them as Special Areas of Conservation (SAC) but also to introduce the necessary management measures to maintain or restore the species and habitats present to a favourable condition.

“These are key requirements to protect biodiversity across the EU and consequently these cases rank high on the enforcement agenda of the Commission”.

These words may come as music to the ears of conservation groups that fight the largely thankless task of trying to protect Portugal’s threatened areas of Nature, but what Brussels’ action will actually mean is unclear.

A source for conservation group A Rocha said, with luck it will “make Portugal move up a gear” so that when it is next approached by a national organisation it will “take more notice”.

But this is a complaint that “very possibly applies to many EU countries”, he added, saying the environment remains “the poor member of the family” as far as government interests are concerned.

True enough, a quick scan of the EU memo entitled “January infringements package: key decisions” shows that dozens of other countries are being taken to task for “infringement of EU law”, but actually none of them for failure to adequately protect natural habitats and species.

Portugal is in hot water not only for its slack attitude to Nature conservation but its “non-respect of the EU’s competence for the conservation of marine biological resources”.

For now, this infringement – which refers to Portugal’s failure to prevent significant impacts of bottom fishing on vulnerable marine ecosystems – has elicited “a reasoned opinion”.

“If Portugal does not reply satisfactorily within two months, the Commission may refer the matter to the Court of Justice of the EU”, says the document.