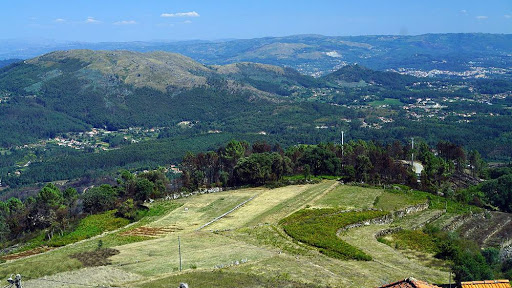 Portugal’s aspirations to create a ‘lithium cluster’ came closer today as Brussels launched its ‘Action Plan on Critical Raw Materials’, defending exploration of lithium in the north of the country as part of a strategy to reduce dependence on non-European sources.

But the thumbs-up included the insistence that decisions “must be made together with local communities”. This has been met with surprise and a certain degree of shock by grassroots movements (see below).

Maroš Šefčovič, vice-president of the European Commission responsible for ‘interinstitutional and prospective relations’, inferred the EU would try and help promote this dialogue, as well as “facilitate necessary financial support through the European Investment Bank”.

He told a press conference in Brussels that Portugal “is very strong in terms of renewable energy, namely solar and wind power, and for this reason needs to store it (via lithium), not simply for the automobile sector but also for industrial batteries”.

Šefčovič has been bullish about Portugal’s ‘lithium prospects for years’.

Back in 2018, he said: “I honestly believe lithium could be the new gold for Portugal… The reason is we expect that by 2025 there will be a market in Europe for batteries worth 250 billion euros ($290 billion) annually.”

Since then however a number of local environmental/ cultural/ civic groups have risen up, attacking plans they see as nothing more than the hijacking of their landscapes in the pursuit of greed.

Questioned about this, Mr Šefčovič said the situation was one playing out in a number of countries, not just Portugal.

The way ahead, he said, involves “assuring these communities that the projects are not just of great importance but will also benefit their region and the country”.

For the strategy to succeed, Mr Šefčovič said governments need to approach “this new way of promoting access to essential raw materials” in a “wide-ranging European form, with a responsible, social approach”.

Backed up in the conference by the European Commissioner for the Internal Market Thierry Breton, Portugal’s desire to sell licences for the exploration of “lithium and associated minerals in nine parts of the north, among them Serra d’Arga, Barro/Alvão, Seixo/Vieira, Almendra, Barca Dalva/Canhão, Argemela, Guarda, Segura and Maçoeira” was clearly outlined – suggesting PS Socialists have all the institutional backing they need.

Brussels’ calculations are that Europe will need 18 times more lithium by 2030”, writes Jornal Económico, “and as many as 60 times more by 2050 for batteries for electric cars, and the storage of energy”.

The strategy “aims to make the European supply of raw materials safer and more sustainable through an action plan that analyses current and future challenges and proposes measures to reduce Europe’s dependence on third countries, diversifying supply from primary and secondary sources and improving resource efficiency and circularity”.

Euronews reports that the next step is for a European Raw Materials Alliance “to be established in the coming weeks to work out what the bloc’s most pressing needs are.

“Brussels and member states will work to identify mining and processing projects in the EU that can be operational by 2025”, says the online, referring to the fact that up till now “most of the world’s supply of lithium is produced in Australia, Argentina, Chile and China”.

As we posted this text, we received the following statement from MiningWatch Portugal, a group centred in Gouveia (in the heart of areas pinpointed for exploration):

“We are deeply concerned about how Lisbon and Brussels are trying to implement their policy in various Portuguese regions, all of them well populated by mining standards and hosting a great part of the country’s hydric resources. Both have not established any communication on environmental issues and land use conflicts with the concerned public or environmental NGOs. In the concrete case of Barroso, the European initiatives lack coherence, as incentives are already financing long-term forestry projects on the hillsides intended to host open pits and tailings. This forestry development is what the commons administration, as the owner of the designated mining area, considers their primary sustainable development goal for the near future”.

In other words, and as with so many community-versus-institutional struggles, watch this space…

image: Serra d’ Arga where locals have raised a petition to try and save their mountainside from drilling