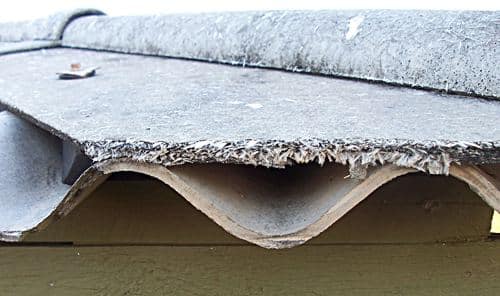 It has taken months of pressure, but at last the EC has pronounced on the ongoing fight to get the government to deal with the hundreds of public buildings, many of them schools, blighted by the existence of asbestos – the cancer-causing building material banned in Europe almost a decade ago.
In response to a question from Quercus – Portugal’s largest environmental NGO – the European Commission has ruled that ‘yes’, the government has an obligation to evaluate the risks of exposure to asbestos in its buildings, and above all, an obligation to protect its workers.
The decision comes three years after Portugal passed a law to establish procedures for the removal of asbestos from all its buildings. The law was never acted upon – because the government didn’t have the money to carry out the work. Indeed, when questioned in parliament by Heloíse Apolónia of “Os Verdes” earlier this year, Prime Minister Passos Coelho declared he knew “nothing” about the problem.
Since then, health fears have swept the country, with newspapers revealing all manner of horror stories, including one concerning a Lisbon tax building affected by asbestos where a quarter of the workforce was ill with a variety of cancers.
Welcoming this latest move from Brussels, Quercus’ Carmen Lina said: “It is now not only Quercus and other Portuguese entities pressuring the government to deal with the issueeriously, and assume the responsibility of identifying and evaluating risks”.
Nonetheless, there is a long way to go. Experts estimate there are hundreds of hectares of the outlawed material present in constructions in Portugal, and that health effects will be felt for many more years to come.
In a special report entitled “Asbestos in the World” researcher Laurent Vogel suggests “asbestos-related cancers will cause approximately 500 000 deaths up to the year 2030 in Western Europe alone”.
The problem, as Quercus and other entities continually stress, is that health issues provoked by exposure to asbestos can take 20-40 years to come to the surface.