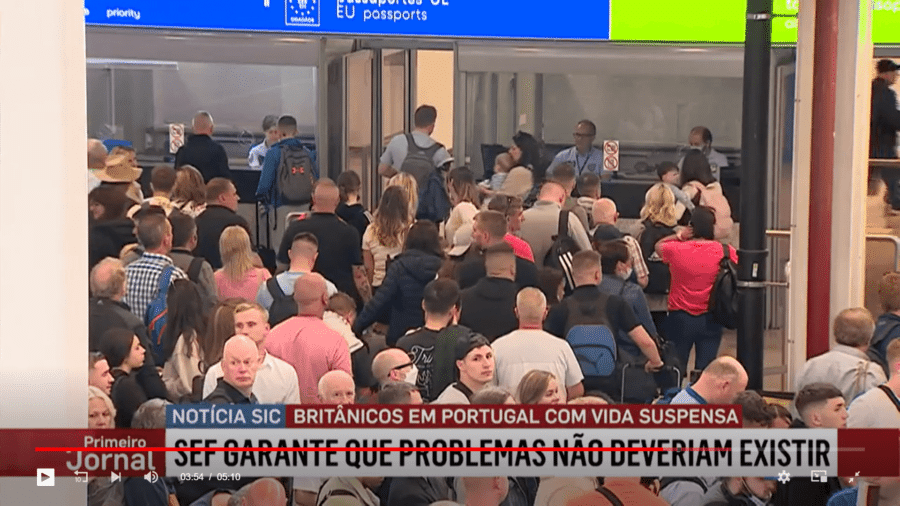 Following exposés in the Resident, SIC television news today has returned to the nightmare suffered by Britons caught by the black hole of Portuguese residency.

SEF’s mantra that “provisionary documents give Britons all the rights, post-Brexit, that they need” has proved false.

Worse, it has even seen Brits trying to leave the country – for business/ pleasure – arrested and facing ‘expulsion from Schengen Space’ (meaning they can’t even return ‘home’ to Portugal).

The lunacy of this situation seems to go round and round in circles.

“SEF says none of this should be happening”, says SIC, and that the provisionary document issued to people awaiting their residency authorisations – even if it has expired – continues to be considered valid in Portugal and the European Space”.

Yet “the reality is that there are now thousands of complaints presented by Britons affected by this situation”.

Add to this the nightmare of exchanging driving licences (see our letters page), which has basically stripped hundreds of incoming residents of their rights to drive if they venture outside this country for any reason, and you get a measure of the bureaucratic mire in plain sight.

Says SIC, “the validity extended to the documents of around 60,000 Brits residing in Portugal has the force of law until biometric cards are issued”.

But try saying that to a border official in the Netherlands on a dark night (or even in the light of day), and the response can be very different.

As for the famous QR codes that residents with expired residency papers have proudly been carrying for the last two years, these too apparently satisfy no-one outside this country, and very few within it.

Bottom line: any Briton, whether in the process of applying for residency in Portugal, or a long-term resident with a residency that has since expired, needs to think very carefully before travelling abroad. The stark reality is, right now, they may not be able to get back.

The situation however ‘could be about to change’: following protocols announced for Madeira and the Azores, a new arrangement, due to start operating out of Cascais, promises to start calling the first 2,500 Brits residing in Portugal to give their biometric data, says SIC.

Another light in the long dark tunnel is that overseas media, particularly in the UK, has started highlighting this drama which may help push authorities in Portugal, finally, towards sorting it out.