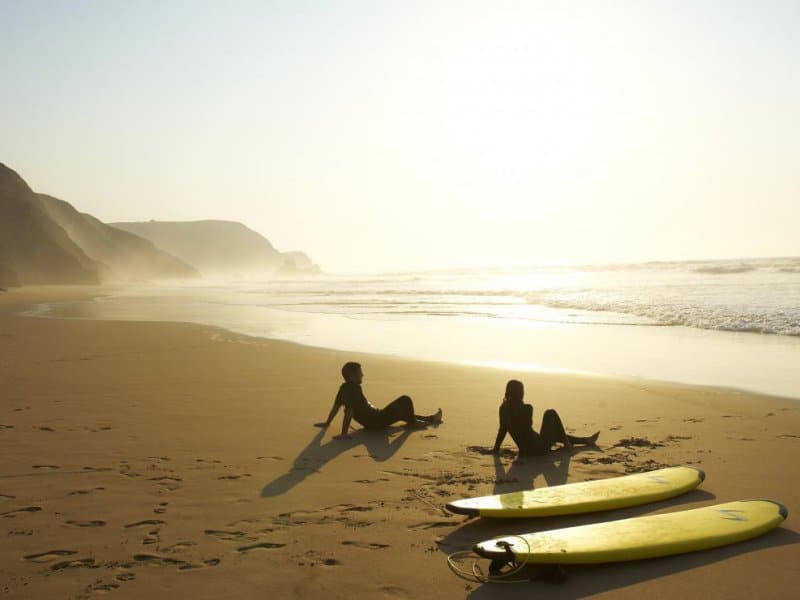 The reason – as Portuguese diplomatic sources have said all along – is that Portugal is not unsafe, no matter what the British FCO continues to insist.

Indeed the latest INE (national statistics institute) report has shown that excess mortality in Portugal for the first week of July was less than in 2018 and 2019.

Hospital ICU cases are the lowest they have been since March – and while many EU countries have seen a resurgence of new virus cases since mid-July, Portugal is one of the few to show a steady reduction in new cases (hence why Denmark withdrew travel restrictions last week).

The unfairness in maintaining the requirement for British holidaymakers to return home to 14-days strict quarantine is so ‘stark’ now that even the Sun has remarked on it.

In a story uploaded on Friday, the Sun said: “BRITS are still banned from travelling to Portugal – despite other countries being deemed safe for holidays which have higher coronavirus infections”.

Citing an article in the Telegraph, the Sun stressed that “Portugal’s Covid rates per 100,000 are currently lower than Belgium, Monaco and Andorra – all of which are also on the safe list”.

Elsewhere, the Express seems to have reached the conclusion that “despite Portugal’s relatively low figures of Covid-19 cases when compared to other nations, there is little signal that the FCO is set to change its travel advisory”.

Early suspicions that the FCO black-listing could be political have just been further stoked by current developments.

The Telegraph’s article gives a good explanation as to why.

On the Algarve’s ‘wilder’ side near Sagres, the family-friendly Martinhal resort is buzzing with summer visitors – albeit numbers from UK are reduced this year.

Owner Chitra Stern told the paper: “I think we are seeing the beginning of a new travel tribe from Britain, digital nomads who have gone one step further than the WFH (Work from Home) brigade”.

Of the British guests that have braved the ‘advice’ against travelling to an ‘unsafe Portugal’ – that has been masked and ‘sanitised’ welcoming holidaymakers for weeks – “many are extending their stays. Embraced by a national park on all sides and the Atlantic in front, the feeling of space here is strong, and with our accommodation mainly in villas that suits the social distancing requirements”, said Stern.

The Telegraph concludes “good wi-fi, in cases like these, is clearly trusted more than bad government”.