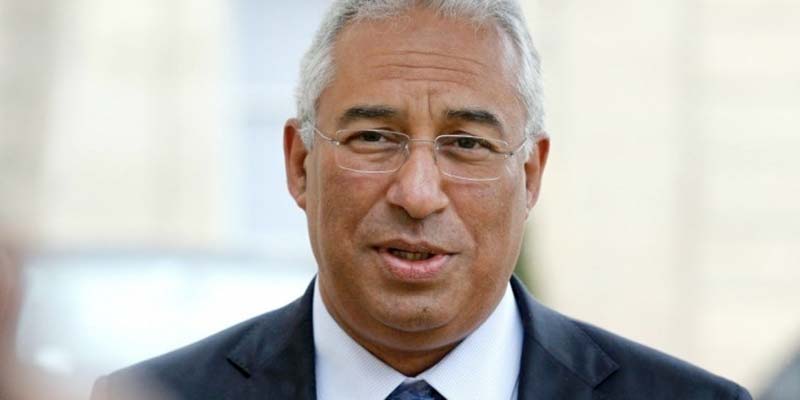 In the tortuous Brexit morass, one thing is certain: Portugal has no intention whatsoever of turning its back on its oldest ally. From last Friday, government ministers have been at pains to stress that whatever happens – whichever way this baffling process lurches – Brits will remain “welcome as residents, tourists, investors and students”.

To some the assertion will beggar the question, if Portugal can keep its doors open, what’s to stop other countries doing the same, exposing Brussels’ stance this far as the ‘hardline’ critics have been railing against?

But first to the nitty-gritty of what’s ongoing behind the scenes to secure the future of expats living in Portugal, and Portuguese nationals living in UK.

On Friday, government ministers Augusto Santos Silva and Eduardo Cabrita were first on the scene in a series of initiatives designed to spell out (almost) every scenario vis-a-vis how it will affect Brits in Portugal.

Cabrita’s message was loud and clear: “We do not want barriers between our two countries”.

To this end – even in the event of a no-deal crash-out – Portugal will not be requiring visas from British holidaymakers, or indeed from Brits who enter the country for any other reason.

In an information leaflet released last week under the hashtag “Keep Calm You Stay”, the government explained that permanent ‘residents’ with 10-year residency cards will just carry on as normal (“nothing has changed”, to coin that rather hackneyed Brexit phrase…). Brits living here who, for some reason, are still ‘under the radar’ should make a beeline to their closest council building and sign up on the dotted line.

“You should request the issuance of a registration certificate, which is valid for five years,” says the leaflet – implying that once this five-year period passes, expats would be fully entitled to apply for permanent residency.

No expats living here and unregistered with the authorities should leave it until after the March 29 deadline to try and regularise their situation, but even if they do, the leaflet explains that they will still have until the end of the transition period – December 31, 2020 – before encountering any kind of difficulty in remaining on Portuguese soil.

Stressing that they trust that Portugal’s commitment to expat Brits will see UK authorities treating Portuguese emigrés in exactly the same way, Santos Silva and Cabrita were followed on Tuesday by economy minister Pedro Siza Vieira who announced the creation of a €50 million line of credit designed to support businesses dealing with UK, particularly in the context of a no-deal crash out.

Further measures are due to come out of the Council of Ministers convened for later today (Thursday), with the government’s efforts being fully supported by AICEP (the investment association), IAPMEI (institute of small and medium-sized businesses) and CIP (the confederation of Portuguese industries).

With awareness sessions due to be held throughout the country, the truth remains nonetheless that no-one can tell what is going to happen next.

Light years from ‘Brexit means Brexit’, we have come to the point where Brexit could mean anything at all.

Speaking on Wednesday shortly after Theresa May’s devastating parliamentary defeat, prime minister António Costa stressed the importance for the UK “to tell the EU what it wants to do” – but it was in no way a message of threat, more of entreaty. He underlined the two nation’s ‘mutual dependency’ and the “critical” need now to support “Portuguese businesses that import from UK and Portuguese exports”.

According to financial papers, Portuguese hotel chains are already “studying packages to stem the loss of British tourists”.

The deals will not see prices drop, per se, but they are likely to become more wide-ranging (i.e. be taken on by more hotels) and focus on the less busy months.

In the Algarve, hoteliers’ association boss Elidérico Viegas has stressed that the 2019 season won’t see prices increasing. He told Dinheiro Vivo: “We will not continue to inflate prices as over the last few years.”

And this is where the issue comes up against ‘a wider context’. Hoteliers – much like the EU – are not simply having to cope with the ongoing nightmare of Brexit. There are other difficulties.

Elsewhere, “Europe is in turmoil as extremists form new alliances”, warns the Guardian.

Brexit, and all that it means for bewildered expats, is not perhaps the huge deal we have been martialled into thinking that it is – and this could be why Portugal is taking such pains to ensure its expats ‘feel safe’.

One MEP who is focused on ‘finding a way’ through the mess from ‘the other side’ is German Hans Olaf Henkel who told LBC on Wednesday morning that it is not just down to the UK telling the EU what is wants now, it is down to the EU changing its stance and accommodating some of the issues that caused the UK to vote out in the first place.

If that happens, says Henkel, we could even reach a scenario where Britain stays within the union but maintains control of its borders.

Whatever the maelstrom brings in the run up to the so-called March 29 exit deadline, the reality is that Brits living in Portugal are welcome, and will stay welcome, as the proverbial steamship EU crashes on through gathering waves towards its 27th ‘birthday’ and an election process (in May) that could still, bizarrely, see Britain fielding new MEPs…

To download the information leaflet, go to www.portaldiplomatico.mne.gov.pt, click under ‘Brexit’ and then scroll down to find link to ‘Folheto Brexit (English)’