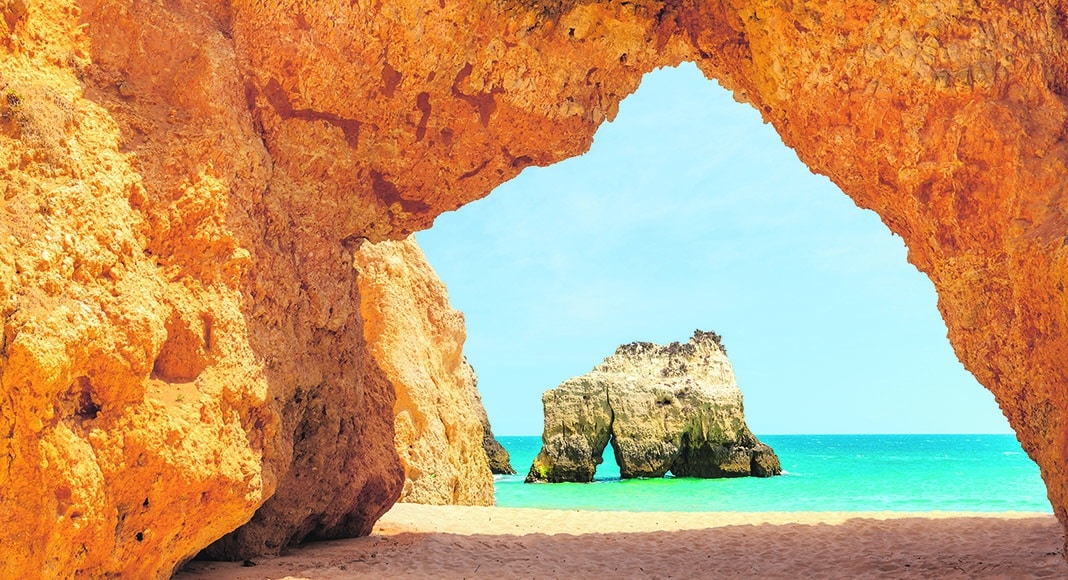 Brits are circumnavigating government ‘advice’ that insists on a 14-day quarantine period after holidays in Portugal. On Wednesday, the official line was that Portuguese diplomats were still trying to persuade the UK to open up a travel corridor on the basis that virus data speaks for itself. Unofficially, Portugal has found a way to accommodate British holidaymakers who opt to take back control of decisions concerning their health and wellbeing.

Covering medical, surgical, pharmaceutical and hospital expenses associated with the virus – as well as expenses that may occur for cancellation, interruption or extension of trips – it annihilates one of the major stumbling blocks created by the British ‘travel ban’: the inability to get adequate (or affordable) travel insurance.

With this crucial base now ‘covered’, Brits are weighing up their options against the backdrop of radio chat shows which are constantly reporting situations where holidaymakers have managed to ‘slip through the quarantine net’, and newspaper articles that scream of the unfairness of blanking holidays to a country that has suffered fewer fatalities so far than during the last two winters’ flu seasons.

As a number of readers have also written in to attest, airports and airlines are not in fact adhering to British government policy.

There is a feeling of ‘general confusion’ over what should be happening, what actually is happening, and what people should do about it.

An email received from Martin Dean told us: “The government website states that travellers must complete a Passenger Locator Form. I am aware of travellers not being asked for these by UK Border Patrol. Is the online form automatically captured by UK authorities? If not, is this suggesting that those who land do not need to self-isolate?

“On Friday and Saturday, I am aware of two travellers who were not challenged or asked for their forms at London Gatwick. Yet the government website states the form must be handed in.

“Travelling the other way via easyJet, passengers are advised to complete the DGS locator form and, yet again, this is not collected.

“I am sure that a lot of travellers are confused, and trust they will do the right thing,” he concluded.
Of course, interpretation of what the ‘right thing’ is can be open-ended.

A long conversation thread with holidaymakers who arrived from UK this week has shown that Brits are taking matters into their own hands.

“We flew out yesterday and are now having a lovely time in Lagos,” said the latest message. “Great to leave the craziness of London and the UK government behind. If we have to quarantine when we get home then so be it, but fingers crossed we might not have to….” – and yes, we have asked them to let us know whether they too slip through the quarantine ‘net’ on their journey home.

British newspapers across the board have picked up on the ‘outrage’ caused by the travel ban, with The Telegraph running a headline last week “Britons ignoring the Foreign Office advice to become ‘digital nomads’ in Portugal”.

This seems to be another way round the travel advice: Brits are apparently coming here, choosing away-from-it-all resorts like the family-friendly Martinhal complex in Sagres, and extending their stays to work online.

Martinhal joint-owner Chitra Stern told the paper: “I think we are seeing the beginning of a new travel tribe from Britain, digital nomads who have gone one step further than the WFH (Work From Home) brigade.”
Concludes The Telegraph: “Good wi-fi, in cases like these, is clearly trusted more than bad government.”

That last sentence suggests more and more people may start working things out for themselves and taking holidays not according to ‘government guidelines’ but on the basis of personal choice and ‘good thinking’.

Last Friday, The Sun ran with the headline: “BRITS are still banned from travelling to Portugal – despite other countries being deemed safe for holidays which have higher coronavirus infections”.

In other words, any Sun reader trying to work out whether Portugal is ‘safe’ would probably have received the answer.

The Express, however, alluded to the ‘political nature’ of the continued ‘quarantine demands’, explaining: “Despite Portugal’s relatively low figures of Covid-19 cases when compared to other nations, there is little signal that the FCO is set to change its travel advisory.”

But perhaps this just re-enforces The Telegraph’s point about ‘bad government’.

As to the ‘virus situation’, it has indeed been consistently ‘better’ than a number of countries on the UK ‘safe travel list’ for weeks now.

Monday saw the ‘feel-good moment’ when health authorities were able to report zero deaths from Covid-19 in the preceding 24-hour period.

It was the first time no-one had died from the virus since the start of Portugal’s outbreak five months ago. But secretary of state for health António Lacerda Sales has said there can be no letup in the measures of prevention which continue to reassure everyone that everything is being done to keep citizens safe.
Said one of the many emails received in our offices over the last week: “We have made it to Portugal safely. If it had not been for your articles keeping us up to date, we would not be here now – and I must say we have been so impressed with the way Portugal appears to be dealing with this virus.”

Whether or not Portugal gets its ‘airbridge’ with UK now is fairly academic. But it is getting the thumbs-up from pretty much everyone who visits – and no foreign government can change that.