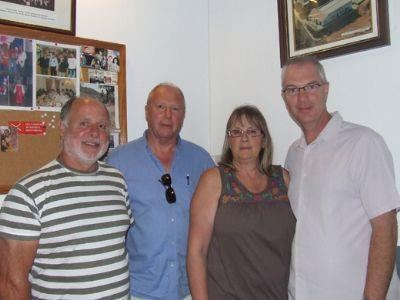 British residents in the village of Querença, near Loulé, have stepped in to help their Portuguese neighbours and the local community after confusion arose from an urbanisation plan that is currently under public consultation.

Both foreign and Portuguese residents in the village were concerned about the plans, which could see several villagers lose parts of their land to construct new houses.

British resident Len Beard told the Algarve Resident: “We all found out about these plans to build properties and roads throughout the village, and the town hall meeting at which they would be discussed, by chance. No one was notified.

“Many of my Portuguese neighbours are elderly and cannot read or write, so although these plans do not affect my property, I decided to help them.”

Foreign residents who own holiday homes in the village also expressed confusion and disbelief, on an internet expat forum, of what they believed were compulsory plans to build on their properties.

“The proposals include partial demolition of our house and the loss of our garden – a new house and garden is proposed to be built on it. We have had no notification of these proposals and wonder where we stand,” wrote one home owner.

During an evening meeting at Querença village hall on May 7, attended by local residents and members of Loulé town hall, municipal architect António Marques presented and explained the plans to the residents.

He said that the design that had been drawn up was a 10 year expansion plan for the village, which was still under public consultation and not set in stone.

It includes the possible construction of houses as well as a small ring road in the centre to ease traffic flow, and the extension of a passage way in the Pombal area of the village as well as building permission, which affects seven properties. Outdoor leisure areas are also part of the design.

Architect António Marques said: “Querença village has an ageing population and we want it to grow, so this plan will mean that some land will be subject to compulsory purchase but residents will be compensated with a piece of land of equal size in the village which will have permission to build on.”

Following the meeting, in which a visual presentation of the council’s proposal was shown, each resident was invited to make an appointment to go to the council and discuss their individual plot of land and how it would be affected by the plan.

“The plan is not as bad as we thought. It was lucky that we are involved in our community and found this out before the public consultation period ended,” said Len Beard.

“It seems that the problem in Pombal which affected seven properties to construct three, has been squashed and new plans will be drafted,” he added.

To view the development plan, which will be under public consultation until May 20, please visit the Loulé Câmara website, available in Portuguese only, at www.cm-loule.pt