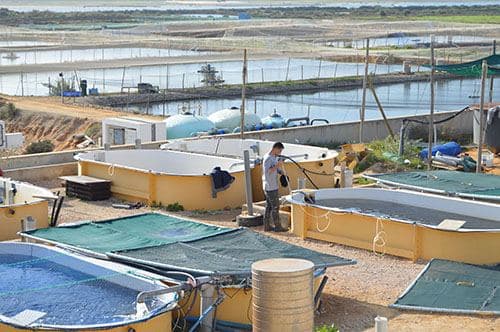 British marine environment specialist Charlie Frew left Hong Kong on May 19 2010, under a yellow rain storm warning, to start a year long journey that ended on May 15 in Sagres, where he was welcomed by family and friends and Vila do Bispo Mayor Adelino Soares.

During the expedition, entitled On the Wrong Side (OTWS), Charlie, who is based in Hong Kong, was to discover that such an adventure is a lifelong dream fraught with danger, mental and physical challenges and yet an incredible view of our planet.

OTWS was about a real world observation of the effects of climate change on ecology, environments and communities across Eurasia.

Charlie Frew told the Algarve Resident: “Planning and executing this incredible off-road expedition across the most inhospitable terrains in the world has been the best way for myself to learn, leading to my own climate perspectives.”

Under the mantra of ‘do one thing a day that scares you’, Charlie and his 4×4 journeyed through China, Mongolia, Siberia, Russia, Norway, Sweden, Finland, Denmark, Germany, Belgium, Holland, England, France, Switzerland, Monaco, Spain and finally Portugal, a staggering 37,038 km, unassisted and often on very questionable roads.

From the repressive heat of the Gobi Desert to the Arctic freezer, Charlie endured temperatures ranging from +40C to -35C.

From the summit of the world’s remotest mountain (Mongolia’s Khuiten Uul 4435m) to the lowest point at -6m below sealevel (Holland), Charlie tackled some of the harshest environments on the planet.

Having left Hong Kong from Cape D’Aguilar Lighthouse, reached the most northerly point in mainland Europe, Slettnes Lighthouse (Norway), and ended at the most south-westerly point in Europe, Cape Saint Vincent Lighthouse (Portugal), Charlie has carried a symbolic bottle of seawater collected from the marine reserve at Cape D’Aguilar that was poured over the cliffs of Cape Saint Vincent, signalling the end of the OTWS expedition.

With Morocco and the African continent so close, Charlie, whose parents Rod and Susan Frew are Algarve residents, is already planning his next expedition.

To read more about the OTWS expedition, please visit

‘On the Wrong Side Trans Eurasian Expedition’.