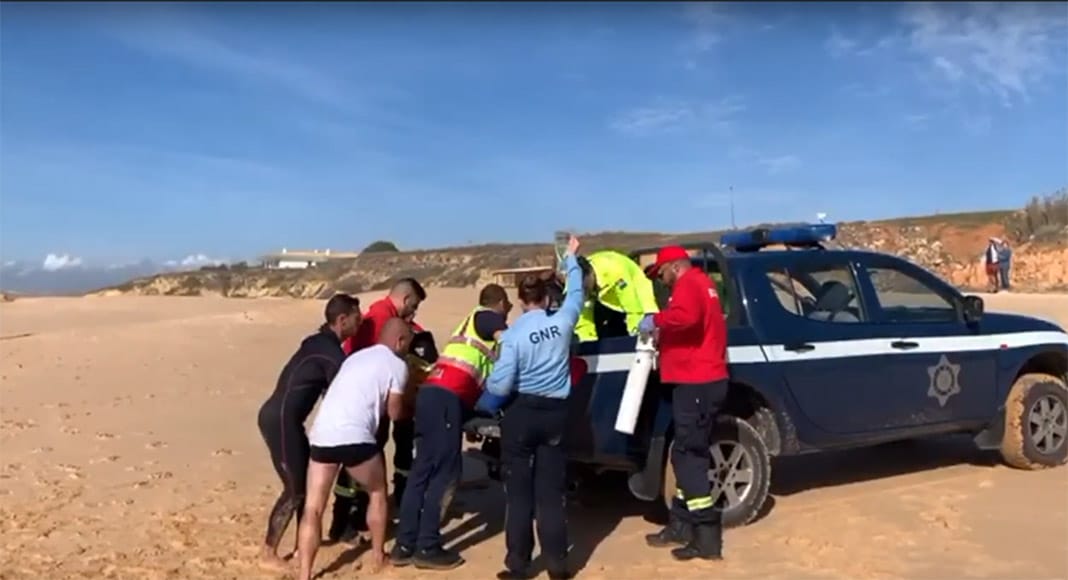 Two British women were saved from drowning by three surfers and a GNR officer at Albufeira’s Galé beach on Thursday (January 16).

One of the victims, aged 53, was suffering cardiac arrest when she was pulled from the water and was transported to Faro Hospital in “serious condition”, reports Correio da Manhã tabloid.

The other woman, aged 67, was suffering from hypothermia but was conscious when help arrived, according to the UK’s Mirror.

It is so far unclear whether the women were related or had simply gone in the water at the same time.

Surfer Mauro Ferrão told CM that he dove into the water with his surfboard and rescued one of the victims who was still “conscious but panicking”.

His fellow surfers, Nélson Filipe and João Xufre, pulled the other woman out of the water with the help of GNR agent Ana Gomes who was patrolling the area and dove into the water fully dressed to assist them.

Maritime police, local firefighters and INEM emergency services arrived shortly after and were able to revive the woman before she was rushed to hospital.

As CM points out, Algarve winters are usually sunny and mild, and tourists feel tempted to go swimming even when the sea is rough. In the surfers’ opinion, beaches should be supervised by lifeguards all year round.