Portugal Resident
Home Covid-19 British variant will account for 65% of all Covid cases in Portugal... 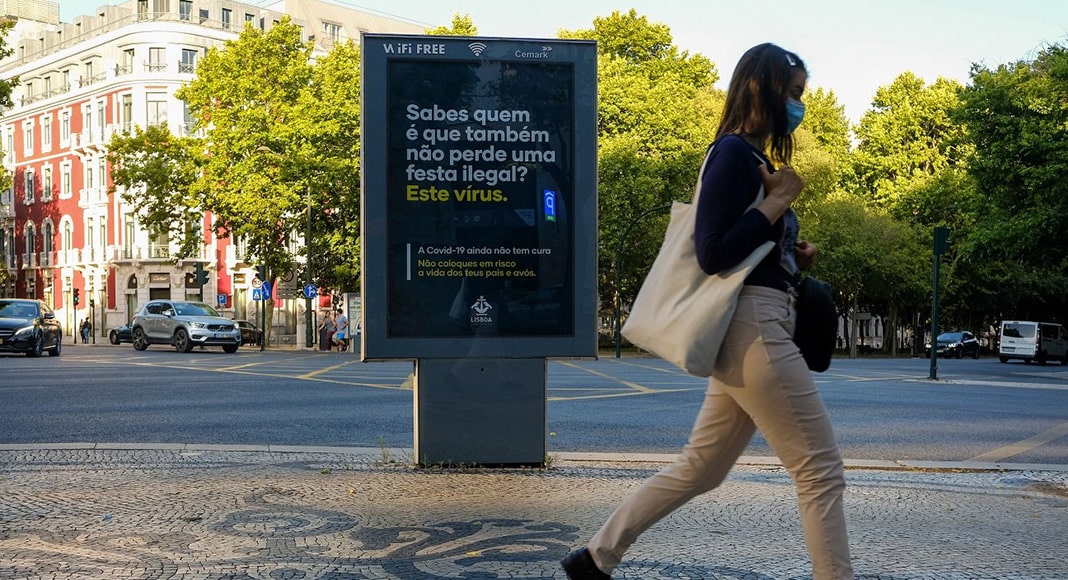 “We estimate that in three weeks time, around 65% of all cases of Covid-19 in Portugal will be caused by the British variant”.

This is the opinion given to a parliamentary commission today by INSA national health institute investigator João Paulo Gomes, who described the “exponential growth” of the variant in the region of 90% per week.

In line with other experts, Gomes agrees the variant is about 50% more transmissible that the original form of the virus, and is working as “a very considerable counterweight to the measures of confinement”.

It first started making itself known in Portugal in December, imported by both Brits and emigrés coming here for Christmas.

“Immense introductions” took place, said Gomes – recalling that in the first two weeks of December travellers were not obliged to present a negative Covid test, nor were they tested at Portuguese airports.

In other words, by the time measures were put in place to ‘weed out’ positive travellers, it was already far too late.

Right now, experts estimate the British variant accounts for between 35% to 40% of all cases.The jury’s out however on whether it is more lethal than the original form of the virus.

As to the Brazilian variant, research is ongoing throughout the country, particularly focusing on ‘suspicious cases with a history of travel’ and of those that tested positive after arriving in Portugal from Brazil.

Hundreds of these cases are being analysed for their genetic sequencing. The next few days should bring more information, said Gomes.

This applies too to studies into the prevalence of the South African variant on Portuguese soil. So far, authorities have failed to update the ‘one case’ identified last week (click here).

As senior political figures have been warning, the next few weeks are pivotal – and will also be the worst so far since the start of the pandemic.

Last weekend saw the national death toll hit 10,000. This number was quickly superseded and is now just shy of 12,000.

On Wednesday the tabloid press quantified the pace of death in this country as “one person dying every five minutes”: deaths have been coming at an average of 278 per day for the last seven days.

Says Expresso, this far the impact of confinement is “very subtle” – although there is some sign of a deceleration in the numbers of new cases.

Today’s bulletin for example, has 13,200 new cases – a significant drop from the 16,432 registered the day before.

Even so experts are unanimous “in affirming that the country continues to maintain a growing tendency of infections, hospital admissions and deaths”.

Relief in numbers arriving in hospitals every day is not expected before the second half of February, adds the paper, by which time numbers in ICUs will have topped 1100.

From then on, numbers will start to decrease, said INSA forecaster Maria Luísa Morgada – hence why the country is being primed to expect ‘lockdown’ to continue well into the second week of March.