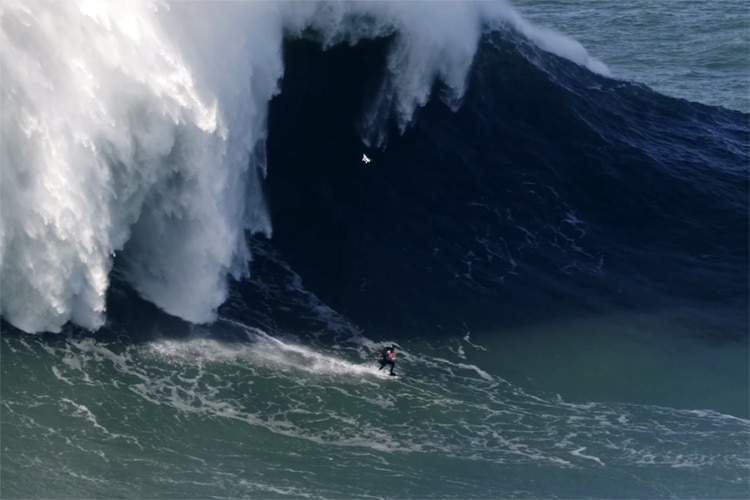 British surfer Tom Butler is being tipped to have set a new world record this week after successfully riding a monster swell in Nazaré.

The 29-year-old ‘professional big wave surfer’ took on the massive wave last Friday, telling the Daily Mail afterwards that he reckons it was 100 feet (30.8m) tall.

Butler believes his wave is “the biggest surfed in the world this season, and could beat the current big wave world record. When I was going down, I thought, ‘holy f…, this is the fastest I’ve ever been”.

A clip of Butler’s ride can be seen on Youtube (click here), while the final ‘say’ on whether he has set a new record will have to wait until the WSL Big Wave Awards in April.

Nazaré has rapidly become ‘the place’ for the world’s most daredevil surfers since veteran Garrett McNamara surfed his world record there in 2011 – then ‘just’ 78 foot (23.8m). The reason for the monster swells lies in a deep underwater canyon offshore which creates what is known as “constructive interference” between incoming swell waves.