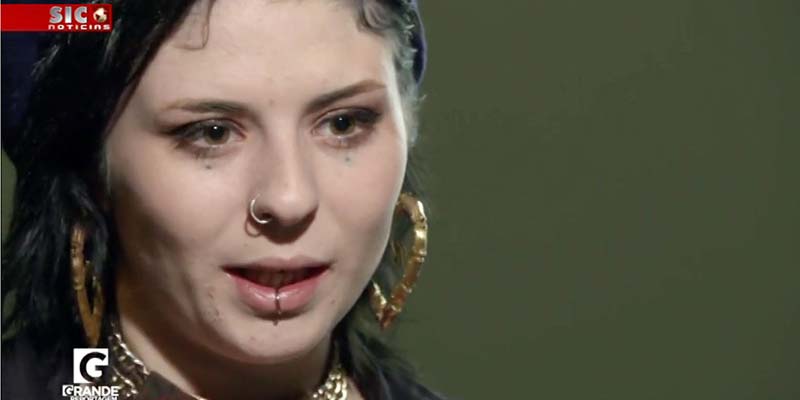 A British hitchhiker who was raped at the side of a road in the Algarve in 2017 after accepting a lift from a Portuguese man has waived her anonymity and told her story in the hope no other woman faces the same ordeal she did “at the hands of the Portuguese legal system”.

Kate Juby, 23, has described the horrific event in a special TV report aired by SIC, entitled “Grande Reportagem – Crime, Silêncio e Preconceito” (Crime, Silence and Prejudice), as well as in an interview with the Sunday Mirror in the UK, explaining how the man who raped her, despite admitting his guilt, “strolled away from the court laughing, arm-in-arm with his wife”.

Receiving a four-and-a-half-year suspended sentence, 33-year-old Tiago Curado de Sousa was also made to pay €2,000 compensation, which Kate donated to a victims’ charity in Portugal.

The case dates back to April 2017 when Kate had travelled to Portugal with friends and had attended a music festival in Aljezur. Seeking a lift to Faro and having been assured that hitchhiking was safe in the Algarve, she accepted a ride from the passing mechanic.

After pulling off to a side track, the man appeared at the side of the truck shouting “come on, baby!”

He dragged her out, pinned her against the vehicle and raped her twice.

“I thought I was going to die. I kept saying ‘Please don’t kill me’. I said ‘If you do this just please let me go, please don’t murder me’.”

After he let her go, she ran to the main road where a German couple spotted her and called the police. But her experience at Portimão Hospital was another nightmare, as she described.

“They pinned me down on a bed and took all my clothes away from me. The doctor told me to stop crying, that I needed to ‘man up’.

“They took blood samples, then swabbed everywhere to get the DNA – but all the time holding me down and telling me not to make any noise, not to cry,” she said, adding that they told her to “stop being a baby as well”.

Kate now plans to appeal Curado de Sousa’s sentence and has been told a higher court will hear the case.