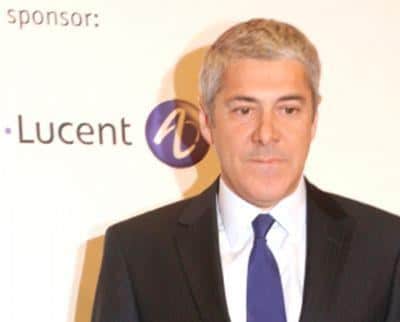 Embattled Prime Minister José Sócrates has continued to deny his involvement in the Freeport case, calling it a “black campaign orchestrated by occult powers.”

He again flatly denied all allegations against him of having received backhanders in return for speeding up planning permission for the factory outlet shopping park at Alcochete, and blasted what he called a “politically motivated dirty ticks campaign in an election year” and again expressed the hope that the relevant authorities would bring their investigations and make public their conclusions “as swiftly as possible.”

After being splashed over Portuguese newspapers, current affairs magazines and dominating the evening news on most TV channels, the focus of the scandal shifted to the UK, where the Mail on Sunday ran an extensive article which focused on the fact that the Earl and Countess of Wessex are allegedly caught up in the scandal.

Freeport was opened by the royal couple in September 2004 at a gala-studded party including fireworks and a Tom Jones concert.

According to the Mail, Buckingham Palace stated last week that Prince Edward had no formal ambassadorial trade role although it has been widely reported in the Portuguese press that the Royal Family owned a large number of shares in Freeport at the time of the deal – a claim that Buckingham Palace has refused to confirm or deny.

Buckingham Palace’s only comment was to state that “the only connection the Earl and Countess of Wessex have with the Freeport Design Centre is that they undertook an official engagement to open the facility at the behest of the Foreign Office”.

Richard Newman, a former Freeport director, insisted in the Mail that the Wessexes didn’t know anyone in the company and that they were “promoting British business abroad which what they do, isn’t it?”

At the same time several newspapers, including Portuguese weekend broadsheet Sol, the tabloid Correio da Manhã and daily Público asked uncomfortable questions as to how José Sócrates’ elderly mother had allegedly succeeded in purchasing a luxury prime site apartment in downtown Lisbon worth at least 700,000 euros for the knockdown price of around 250,000 euros on a pension of only 200 euros a month.

Also over the weekend, President Cavaco Silva, who had remained silent on the issue, called the Freeport case “an affair of the state” and said he wanted “a more detailed conversation” with the Procurator General of the Republic, Pinto Monteiro on the present justice situation in Portugal including the Freeport scandal.

And on Wednesday, daily newspaper Público reported that two key technical specialists in charge of the environmental impact studies for Freeport, Fernando Vara and Antonieta Castaño, both “couldn’t remember ever having been in a meeting with José Sócrates or representatives of the Freeport Plc in Portugal on January 17, 2002”.

A Freeport spokesman said: “The board will not comment on rumour or speculation, particularly in cases where the allegations relate to a period before the current Freeport board of directors or any of the Carlyle Group was involved or where, following its independent expert review of the allegations, the management has no reason to believe they are true.”