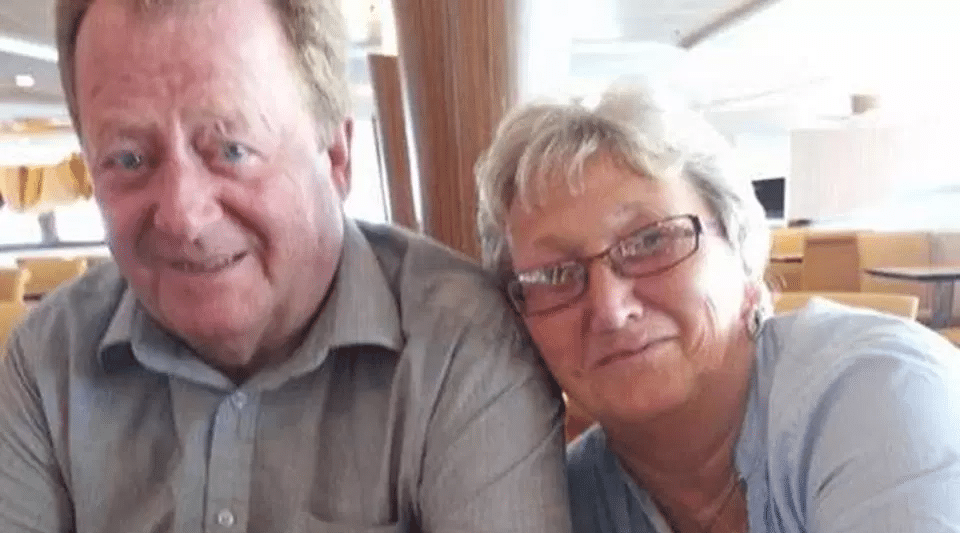 Since the story broke last week, media outlets have been having a field day over the ‘serial cruising OAPs’ allegedly found carrying €2 million worth of cocaine in four suitcases with false bottoms when the cruise ship they were on docked in Lisbon.

The duo – eventually named as Roger and Sue Clarke – have been held in preventive custody in separate Lisbon jails ever since – apparently ‘saying nothing, not even to insist they’re innocent and the drugs were planted’.

Reports describe the police operation led by the UK’s National Crime Agency – and the belief that the pair has been working for a Costa-del-Sol British drugs gang, regularly smuggling cocaine into Europe from the Caribbean as they ostensibly enjoy as many as six long-haul cruises a year.

There is even the contention that Roger Clarke tried to ‘recruit drug mules’ among friends and acquaintances who have been telling the Daily Mail particularly how relieved they are that they declined his approaches.

The Mail has led the ‘revelations’, suggesting that Clarke, 72, is really Roger Button – a “very cocksure” former truck driver who sought to ‘reinvent himself’ and live as a respectable British expat in Spain.

His wife – possibly at first unaware that Clarke was in fact Button – has been described as “meek and mild” but “smitten” by Clarke/ Button to the extent that she abandoned her teenage children for him in the early days of their relationship.

The couple has been living in a small expat community near Alicante for the last few years following a stint in jail for drug-running into Norway, says the Mail.

The pair apparently carried out 16 drug-smuggling trips using “a battered old car” and posing as an elderly couple on a road trip. They were eventually arrested in Oslo in 2004 “when a sniffer dog detected drugs in the secret compartment of their Nissan”.

Mrs Clarke “burst into tears” while her husband confessed, “believing he would receive a greatly reduced punishment, possibly no penalty at all”, the Mail continues.

The couple then skipped bail, returned to England and changed their names.

But they were eventually found and extradited back to Norway.

In Portugal media sources initially put the value of the drugs found in the Clarke’s cabin on the Marco Polo, chartered by UK-based Cruise and Maritime Voyages at €63 million. This has since whittled down to €2 million, and quantified at 9 kilos.

The pair are expected to remain in custody until their trial, but it is still uncertain as to whether they will be tried in Portugal, the UK or even Spain.

The Mail’s investigations have not cast either in a flattering light, repeating comments by those who knew him that Clarke was a loud-mouthed “bull****er” “always pulling wads of cash out of his pocket” and “not a nice man” at all.

As for his wife, she was rushed to hospital the day after her arrival at Lisbon’s rundown women’s prison at Tires with a spike in blood pressure.

Since then, Portuguese media has reported very little, other than the fact that the original plan by PJ police had been to detain the duo when the Marco Polo made a stop-off in Funchal, Madeira.

As this ended up being cancelled, the only option was to board the Marco Polo when it arrived in Lisbon on December 4, en-route for Tilbury, Essex (UK).

With the value of the cocaine found in their suitcases vacillating between €2 million and €63 million, one thing is certain: retired Brits Sue and Roger Clarke, arrested off a cruise ship in Lisbon last week, enjoyed “up to six cruises a year” and never really explained to friends how they did it.

Police who allegedly discovered four suitcases with false bottoms in their cabin packed with cocaine, believe the couple was ‘in the employ’ of a trafficking gang that “uses cruises to get round police vigilance at airports”.

Reports today say a source has said “there is the possibility the couple was working for a Costa del Sol-based British drugs gang”, with accomplices in the UK.

For now they are being held in cells and “haven’t said a word yet, even to insist they’re innocent and claim the drugs were planted in their suitcases”, the source added.

The trouble with that line is the ‘back story’ coming from fellow cruise mates, who have told reporters how Roger left the ship on the island of St Lucia and came back “with four new suitcases and took them straight to his cabin”.

Said a ‘friend’ “next thing he appeared on the pool deck and started bragging” about having done “a really good deal, 200 dollars for four suitcases”.

Saying “they would be £1,500 in Harrods”, Clarke is then alleged to have given one of his old suitcases to the cabin boy.

Said a report on Sunshine FM Costa Blanca’s Facebook page: “The crew were all saying they had never seen anyone swap suitcases mid-journey”…

The cruising Clarkes were described as “just like any other couple — they just really, really enjoyed a drink, but who doesn’t?”

Aside from the rather ‘odd’ fact that they “dodged all photos” (except perhaps for the one above, taken from Sunshine FM Costa Blanca’s Facebook page), they were a couple of serial cruisers, based in Alicante, Spain and paying apparently for everything “with wads of cash”.

A fellow passenger told reporters: “Even on the boat he (Roger) would just get wads of cash out of his pocket”.

Now far from the banter of the pool deck, Roger and Sue may be helping international police with their inquiries, or staying schtum.

Say reports in Portugal, they will be tried while remaining in preventive custody.

Sue Clarke’s Facebook page is described as showing how the couple took part in several luxury cruises throughout the year. In 2016, for instance, they sailed twice to Jamaica, writes the UK Sun.

Initial reports suggested the 9 kilos of cocaine allegedly discovered in the couple’s luggage was worth €500,000. This was later amended to €63 million (in the Portuguese press) and £2 million in the British press.

Since their arrest, endless stories have developed, suggesting the couple was extremely well known to police and has been smuggling cocaine into various countries for years.

The Daily Mail cites at least 16 trips into Norway in “a battered old car”. They were eventually jailed, says the Mail, Clarke for “nearly five years, and his wife for three years nine months”.

The Mail claims Roger Clarke’s real name is ‘Roger Button’, while the Sunday Times carries a cartoon this week, depicting two pensioners in baggy shorts facing a customs official telling them: “We found traces of luggage in your cocaine…”