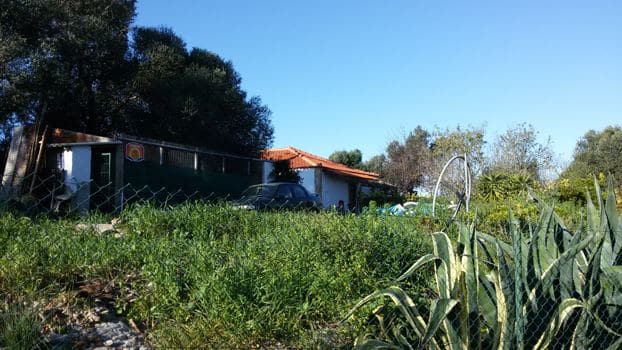 An autopsy was ongoing as we went to press on Wednesday to determine the cause of death of a 70-year-old British expat so far named only as Brenda whose body was found buried under a concrete slab in her own garden in Alcalar. PJ police investigating have detained Brenda’s 50-year-old British partner. The couple have lived in the Algarve for the last 10 years. Brenda’s body was discovered on Tuesday night.

Reporting on the grim discovery on Wednesday morning, British and Portuguese papers described how the dead woman’s body had been buried under a large slab of concrete in the garden of her Monte Canelas home.

According to reports, Brenda (no surname has yet been released) went missing two months ago. Her partner is understood to have alerted the authorities and even “dedicated himself to trying to find her” – but the Daily Express reported on Wednesday that his story now is that his wife committed suicide and that he simply buried her body.

Our own inquiries have revealed that Brenda’s surname was Davidson, and that her partner Nigel Jackson – described by neighbours as 60 years old, not 50 – told people inquiring as to her disappearance in November that she had “gone to UK for treatment for a nasty cough”.

Certainly, the suicide story has yet to be unravelled.

As investigations continue, neighbours have described the dead woman as “very caring and loving”.

According to Correio da Manhã “some have said” that they thought Brenda’s disappearance “could have been voluntary, or even accidental, but they never suspected murder”.

It is believed Nigel Jackson is suspected of her murder and of concealing the body.

He is due to be interrogated today by a magistrate.