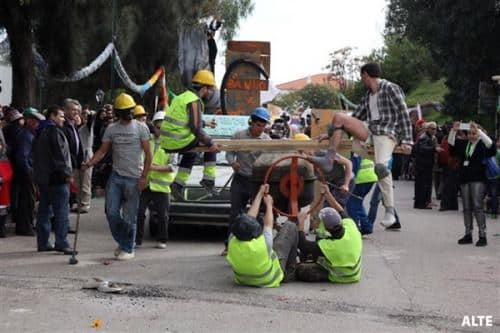 An increasing number of British people are getting themselves into difficulty overseas, and according to the latest figures released by the Foreign and Commonwealth Office (FCO) 10 Brits are hospitalised abroad every day.

From April 1 2011 to March 13 2012, a total of 83 British holidaymakers registered at Portuguese hospitals during their stay requiring medical attention. A total of  210 people died during the same period while in Portugal.

Minister for Consular Services Jeremy Browne said: “Whilst the prospect of ending up in a foreign hospital may be the last thing on your mind as you head overseas for a summer break, sometimes things do go wrong on holiday and many people deeply regret not taking out comprehensive travel insurance.

“We witness many cases where people have invalidated their policy – perhaps by not declaring a pre-existing medical condition or not checking their policy covers a particular activity, such as hiring a moped. Unfortunately, they are then surprised that the Foreign Office cannot pay for their bills and flight home.

“I urge anyone heading overseas this summer to research their destination, take out comprehensive travel insurance, and carefully check the small print of their policy.”

The FCO’s British Behaviour Abroad report shows that throughout the monitored period, Foreign Office staff handled 19,874 assistance cases worldwide, which represents a 3% increase over results from 2010 to 2011.

In the top 20 foreign counties that required the most Consular assistance, Portugal ranked ninth, over stepped by Spain in first place, followed by the USA, France, Thailand, Greece, Cyprus, Germany and Turkey.

Of those who visited Portugal during this time, 19 arrests were made, four of which were drug related. Whereas in Spain, 1,909 Brits were arrested. The highest number of reported sexual assaults occurred in Egypt, with 24 cases and in Turkey with 23.

Portugal registered a significantly lower number, with two sexual assaults in the past year and no cases of rape against British tourists.

Spain continues to be the country with the highest number of Britons hospitalised, 1,105 – 302 of which occurred in Majorca and 239 in Ibiza. To all those travelling not only in Portugal, but internationally, the FCO urges people to get comprehensive travel insurance and read the small print, before departing to any travel destination.

In addition to doing general research on a holidaying location, they also encourage travellers to check the country’s health requirements, to ensure that they have up-to-date vaccinations and malaria medication where required.

Please bear in mind that statistics stated in this article refer to figures registered with the FCO only and the figure for deaths includes those resident in Portugal and those on holiday.