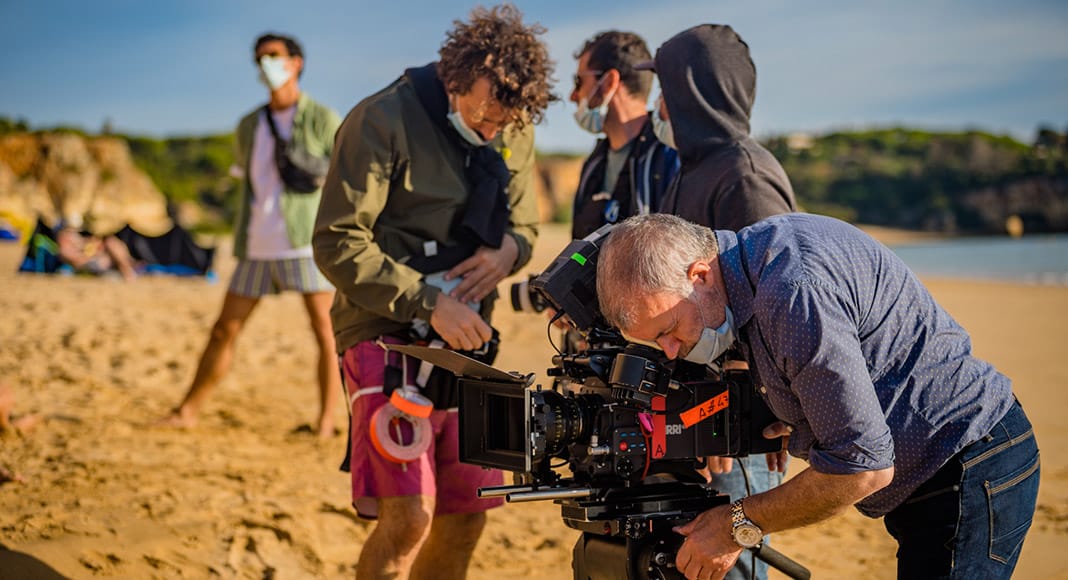 The Algarve will be part of the setting of a new British feature drama ‘There’s Always Hope’. Shooting took place in Loulé and Lagoa for 14 days and was completed this week, leaving producers overjoyed by the potential they see in the region as a filming location.

The film, which is set to debut next summer, tells the story of a successful author named Jonathan Stack (played by Colm Meaney), who has been “so obsessed with trying to pen his magnum opus” that he has let his marriage to Samantha (Kate Ashfield), who is also his agent and editor, break down.

Jonathan decides to leave his elegant family home in Leafy Stratford Upon Avon and drives to the Algarve where their young daughter Hope (Hannan Chinn) and her half-sister Amelia (Brenda Meaney) try to help sort things out.

The script was written three years ago but filming only started this year in the midst of the Covid-19 pandemic.

“When the script was written, I had already planned to film some scenes in the Algarve,” Moviebox Film CEO and executive producer Julian Hicks told Barlavento newspaper during the film’s introductory press conference on Monday (November 9).

As Hicks explained, he had already filmed part of his company’s first film in the Algarve five years ago.

“To be honest, I was originally looking for places to film in France, but when I discovered the Algarve where I have some friends, it became obvious that the opportunity was here. After our first great experience, we discovered that the industry has room to grow here in many aspects,” said the CEO of Moviebox, one of the British entities involved in plans to build a massive film production complex in Loulé.

“The government’s generous taxes and the support of the local community make it easy to bring everything together here. Life in the UK is not as simple and the weather doesn’t help, nor does the way how matters are handled.

“I think filming in the Algarve is much easier and the attitude of the Algarvean people is truly encouraging, even when they are working during hard times like these,” said Hicks, who also praised the “great support” provided by the local councils of Lagoa and Loulé.

“Everyone made this experience a pleasure, even with the restrictions.”

Filming took place throughout 14 days and was completed this week, involving nearly 100 people from actors to producers and crew.

“It was a challenge. We had to plan everything we did on a daily basis from transporting people from place to place to food and board. Everything was a challenge on many levels. We were used to doing things in a certain way and we had to guarantee that for nearly three weeks nearly 100 people stayed within our bubble.

Getting and keeping this many people together night and day for three weeks poses challenges,” he said.

Production manager Harry Klunder and his daughter Nina Klunder from Algarve Productions were in charge of making sure all guidelines were followed.

“We were inside a bubble and forced ourselves to stay inside it. We all stayed at the same hotel and no one had permission to leave, even on their days off.

Anyone who entered the bubble had to be tested,” he said, adding however that it also helped bring the cast and crew closer together.

Explained Klunder, Loulé and Lagoa were chosen as the filming locations due to the “support we received from Loulé Film Office, which made things much easier”.

“We went to them, told them what we wanted, and I knew they’d make it happen because I already know them. Then we chose Lagoa to get the rocky sea landscapes that Loulé doesn’t have,” explained Klunder, who also commented on the creation last year of Spy Manor Productions, a company he expects to be working alongside very often in the future.

“Before it was created last year, I was the only one in the (film) industry here in the Algarve. I had colleagues from Lisbon who told me that I was naïve for being in the Algarve because in this industry money was made in Lisbon. But I always believed in the Algarve. Together, I believe we will have a prosperous future in this business,” he said.

“I want to stress that our partnership started during Covid-19. Although the world is going through a hard time, we were able to create something positive and fruitful,” she said.

The cast and crew have returned to the UK to complete the shooting. The film is expected to be in movie theatres by next summer. 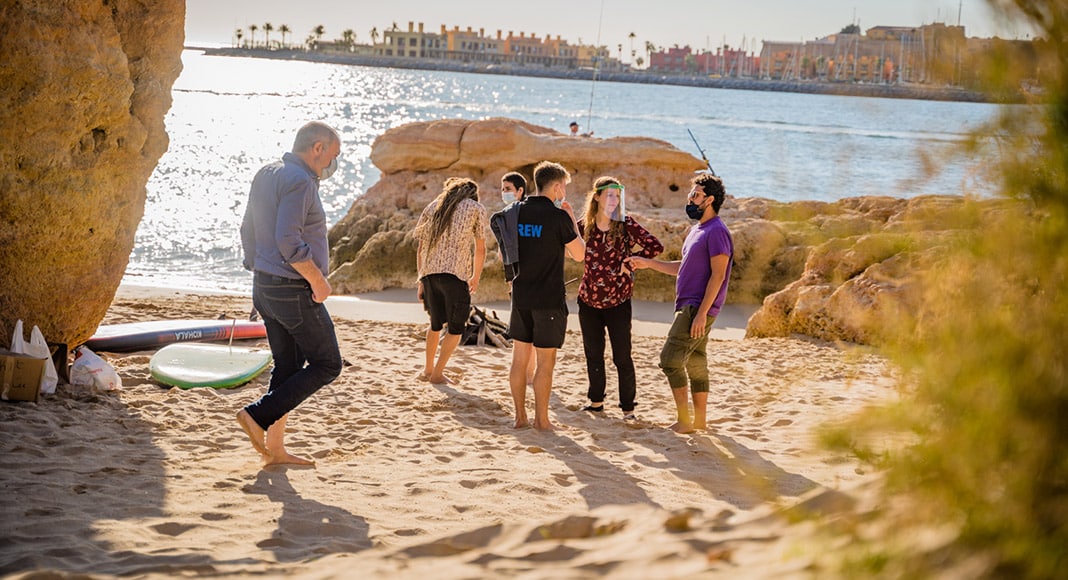 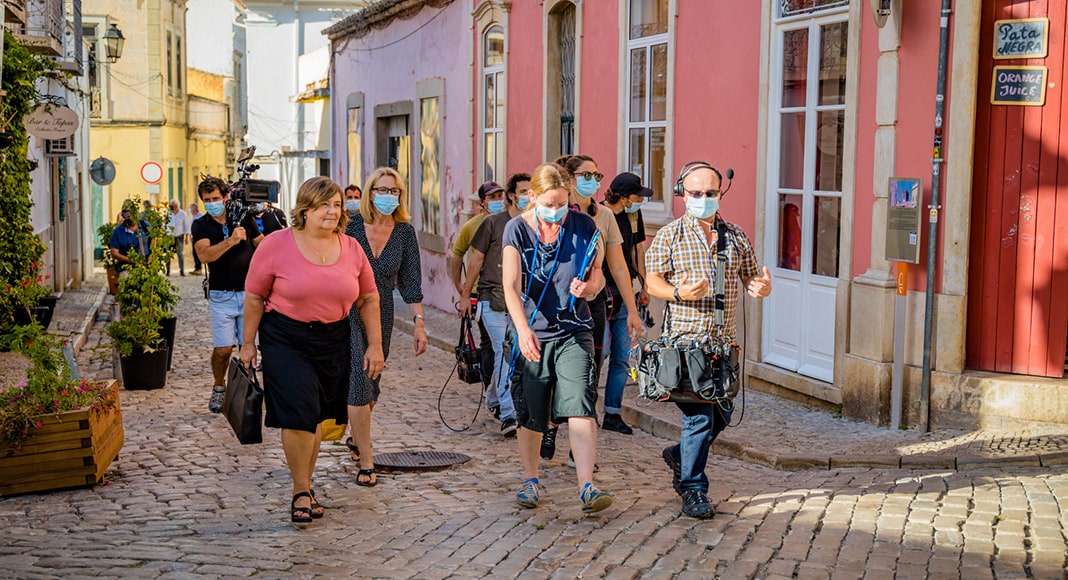 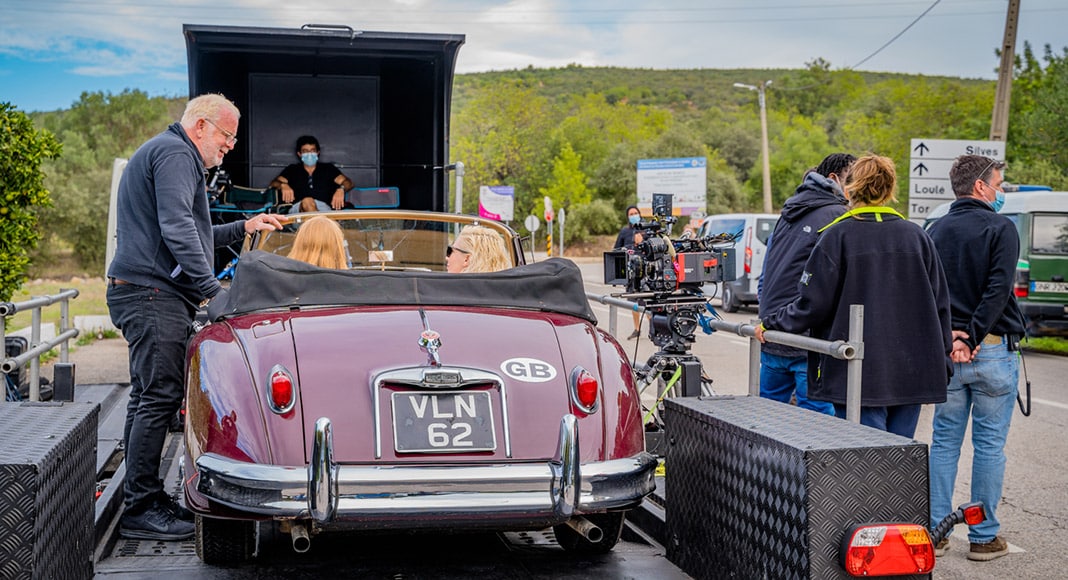 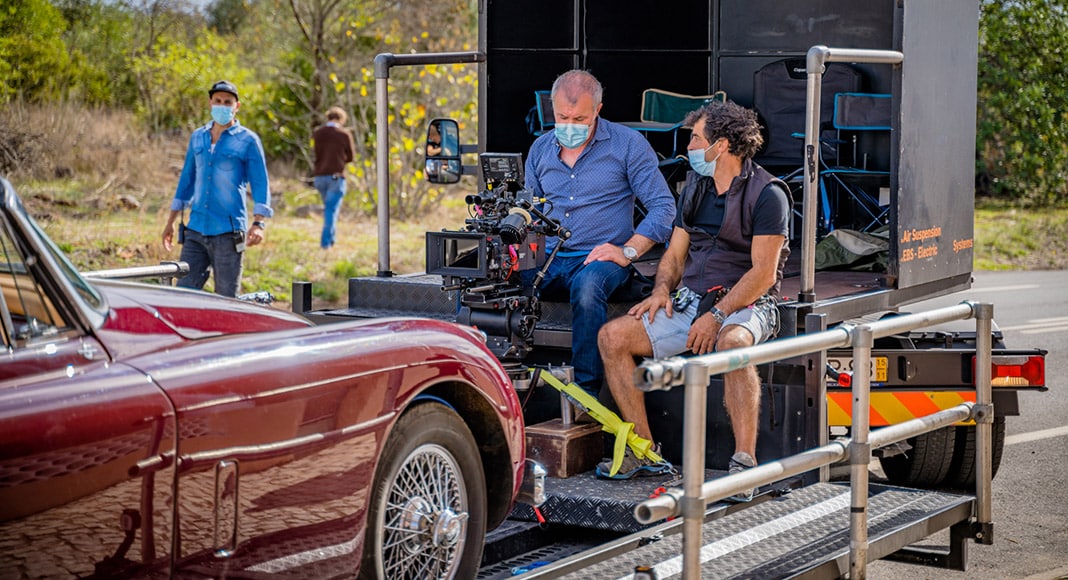