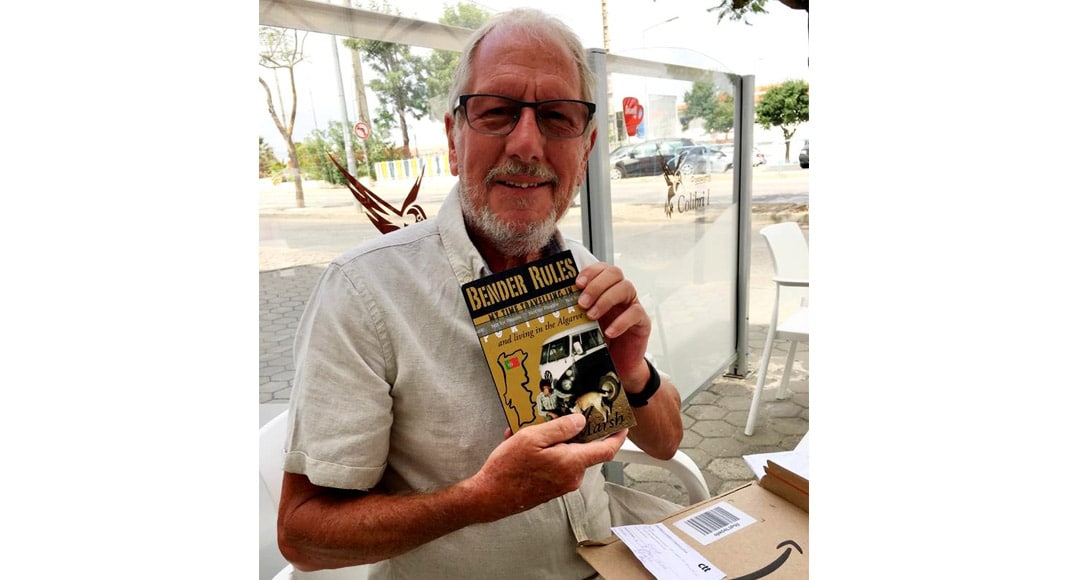 Paul Marsh, a 72-year-old British man living in Albufeira, has ventured into the world of literature to write a book about his experiences travelling in Portugal in the 1970s and eventually moving to the Algarve years later.

The book is called ‘Bender Rules’ and was published in July.

Most of the writing took place last year after Paul realised that many of his life experiences could be interesting to readers who want to know what it was like to travel across Europe and Portugal in the late 1960s and 1970s – or who had similar experiences themselves.

One of the main storylines of the book, however, is the relationship Paul developed with a local street dog named Bender.

“He’s a big part of the book,” Paul told the Resident.

Their relationship got off to a rough start while Paul was selling jewellery on the streets of Albufeira in 1970. Paul wasn’t exactly thrilled that the tough street dog took a liking to him and chose to sit over his jewellery display – “it wasn’t good for business,” he writes in the book. However, slowly but surely Bender willed his way into Paul’s heart.

What developed in the years to come was a strong bond which was not broken even when Paul returned to the UK or travelled elsewhere.

So much so that Paul decided to feature Bender in the book’s title and on its cover.

The book can be purchased online at benderrules.com or Amazon, the Quick Pick stores at Algarve Shopping and Forum Algarve, and at Paul’s wife’s restaurant Prima Pasta in Vale de Parra.

About the author
Paul Marsh moved to the Algarve in 1982 after many years travelling in Portugal and Europe. He describes himself as an “explorer, wit, raconteur, puzzle fan and dog lover”, and now a first-time author.

He lives with his wife Sarah and their two rescue dogs, a cat and a horse in the Algarve.

He is a well-known local character in the restaurants and cafés of the Albufeira area where he is “always messing around and telling jokes”.

Paul’s favourite after-dinner pastime is playing the Portuguese card game “King” with his two sons and friends accompanied by a glass or two of red wine.

In the summer, Paul makes a good living running his own wholesale gift-ware business, while in the winter he devotes a lot of his time to writing, solving crosswords, Sudokus and walking his two dogs, Harry and Kapi, in the countryside.