Representatives from the British Embassy, the Portuguese government and the Oceano Azul foundation got together in Lisbon last Thursday (September 16) to begin the countdown for the 26th UN Climate Change Conference of the Parties (COP26), which will take place between October 31 and November 12 in Glasgow, Scotland.

Among those attending the event, which took place at the Lisbon Oceanarium, were British Ambassador to Portugal Chris Sainty and Portugal’s Minister of the Sea Ricardo Serrão Santos.

As the summit approaches, the British Embassy has been bringing different groups of society together to show that “everyone can work together to face climate change”.

One way of raising awareness is through the International Ocean Film Tour, which was officially launched at the event and will bring several films and documentaries about the sea to Portuguese movie theatres. It is described by organisers as “the ultimate film event for all who love the sea with the best ocean adventures, waters sports action and environmental documentaries on board”.

But this is just one of the many initiatives that the UK is promoting in Portugal in the run up to COP26. More information about them can be found online at ukandportugal.pt.

“The UK is committed to facilitating the ambitious and balanced agreement of goals negotiated at COP26. It is important to continue ensuring that no subject is left behind,” said British Ambassador Chris Sainty.

“It is with pride that we continue to lead the way to COP26 in a transparent and inclusive way, alongside partners like the Oceano Azul foundation and through the promotion of initiatives like the International Ocean Film Tour. We work together to protect our planet, our oceans and people from the growing negative impact of climate change,” he added.

Sainty also said that each “country, government and society should embrace its responsibility to protect our precious planet” and work to keep the goal of limiting global warming to 1.5ºC alive.

“As individuals, we all have a role to play. And we must act now.”

Meanwhile, the CEO of Oceano Azul praised the British Embassy for hosting the event.

“We are convinced that culture, art and cinema are important means of mobilising people at a historic time when we are finally operating a change in our societies and economies in a bid to become truly environmentally-sustainable. For this change to happen, understanding the link of the sea to climate change is a priority,” said Tiago Pitta e Cunha. 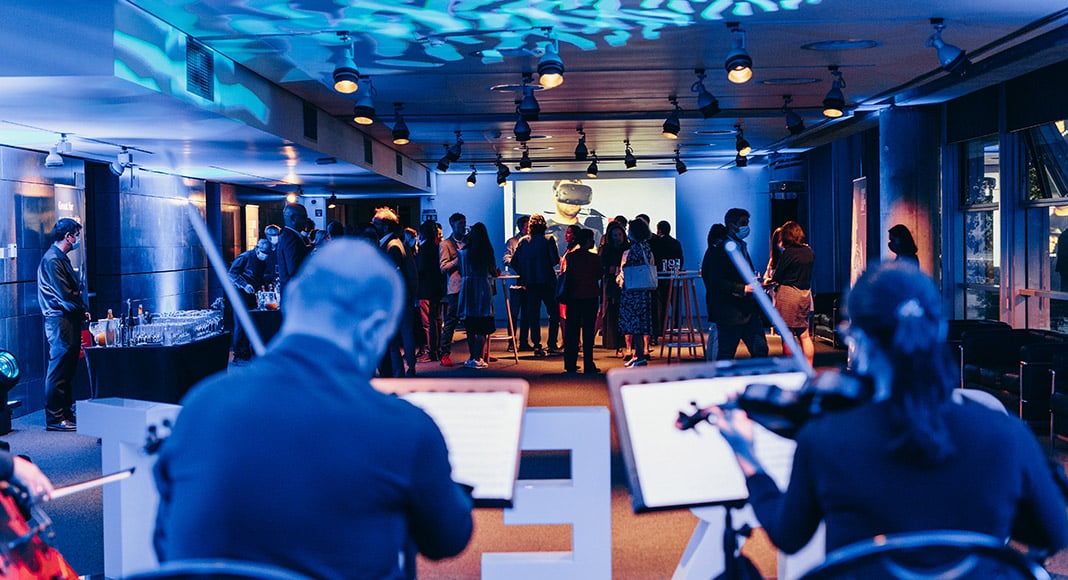