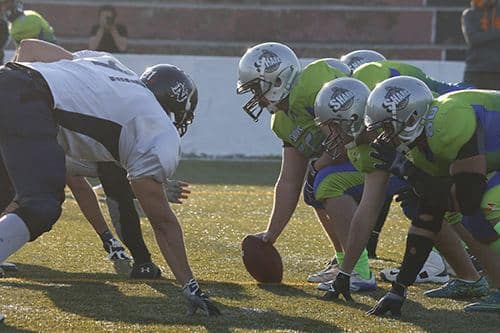 British tourists and residents in the Algarve will soon be able to call on the services of British Consular staff in Albufeira with the opening of an appointment-only office in the tourist hotspot.

While there have been cases regarding burglaries and attacks on British tourists in Albufeira recently, including the case of David Hoban (see the Algarve Resident edition May 6), the new Consular offices have not been opened as a response to this.

A spokesman from the British Embassy said that the new Albufeira consular office, which opens on June 1, “had been planned for quite a while, in light of the objective of providing a more flexible service and bringing consular services closer to the Algarve’s British community.”

At the appointment-only office, a Consular officer will be available on Wednesday and Friday mornings between 10am and 12.30pm.

The service will operate from the offices of AHETA (Association of Hoteliers and Tourism Enterprises in the Algarve) located at Quinta da Balote, Vale Santa Maria.

Consular services available in Albufeira will include notarial and documentary services, such as car importation certificates, affidavits and witnessing of signatures, marriage processes and birth and death registrations and appointments should be made by either calling 808 203 537 or by emailing portimao.consulate@fco.gov.uk.

While the office has been tailored to deal with Consular paperwork, Clive Jewell, British Consul in the Algarve, explained that the needs of any British citizens in the Algarve, who may have been the victim of a crime, will always be addressed by the consular staff.

He told the Algarve Resident: “When British nationals who have unfortunately been the victims of crime contact the Consulate, we will always deal with those cases on an individual basis and make the most appropriate arrangements for their particular situation.”

Clive Jewell said: “We are delighted to now offer a third, and very central, location for British nationals in the Algarve and our local business partners to obtain Consular services in Albufeira.”

He added: “One of my main goals when I was appointed as Consul last summer was to bring consular services closer to the Algarve British community, and with the very kind cooperation of Elidérico Viegas, President of AHETA, this is another major step in achieving that.  As the year progresses we will be looking at other ways to continue this Consulate in the community initiative.”

Meanwhile, the British Embassy is calling on residents in the Algarve to make fraud investigators from the Department of Work and Pensions aware of any “benefit thieves who are living the sunshine lifestyle on tax-payers money”.

A statement released by the British Embassy in Lisbon said: “We call on all British residents and visitors in the Algarve and other parts of Portugal to cooperate with the Department of Work and Pensions (DWP) if they know or hear of anyone claiming benefits to which they are not entitled.

“The DWP is determined to clamp down on benefit fraud abroad, which cost the taxpayer around £79 million last year. This money should be going to the people who need it most and not lining the pockets of criminals sunning themselves overseas.”

According to the British Embassy, the top benefit scams include people not declaring that they have moved abroad, unreported deaths, working overseas, unreported assets and exaggerated disability.

For further information about reporting benefit fraud in Portugal, please visit www.dwp.gov.uk/benefit-thieves-portugal or call the free phone, confidential fraud hotline on 800 208 638 between 7am and 3pm
1″>news