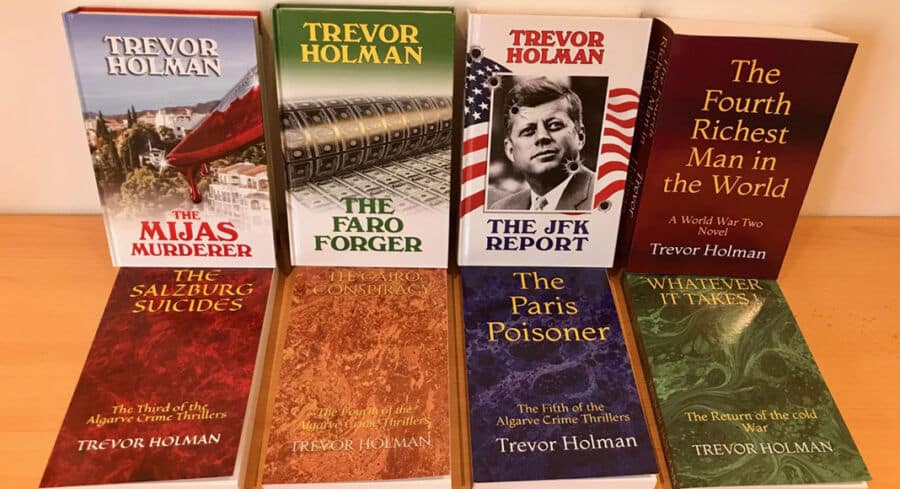 Trevor Holman, a British author and local resident behind a series of crime thrillers based in the Algarve, is preparing to launch two new books.

Speaking to the Resident this week, Trevor described one of the books as “military fiction” and the other as a fictionalised autobiography exploring his experiences as a Justice of the Peace (JP) judicial officer in the UK. They are both due to be launched by the end of April.

Also in the works is Trevor’s latest addition to his Algarve crime thriller series, which marked the start of his writing career four years ago and follows two amateur sleuths.

“My time as a JP in the UK sparked my interest in crime. I’ve also always enjoyed crime thrillers, so when I officially retired, I decided that writing would be a way of keeping active,” the 70-year-old author told the Resident.

While he has become a prolific writer in recent years, Trevor’s professional career revolved mostly around music and advertising.

Born in Charlton in South East London, where he was both raised and educated, Trevor worked mainly in London for many years, firstly as a professional musician and later at a London advertising agency. He eventually spent several years as an account director, looking after several “blue chip companies in one of London’s most prestigious advertising agencies”.

After meeting his future wife Frances, Trevor moved to Norfolk where he set up his own advertising agency with a long-term friend and business partner, and after many years of working in advertising, he then reverted back to his “first love, music”.

Trevor and Frances then moved to a much larger property in Norfolk where Trevor built his own 16-track hi-tech recording studio. For most of that time, Trevor was also serving in various courts as a Justice of the Peace/Magistrate.

In 2003, Trevor and his wife decided it was time to move to the sunny Algarve, where he started setting up his own 32-track recording studio. The finished studio was officially opened by Sir Cliff Richard nearly six months later.

Two years later, Trevor began a fruitful collaboration with a very talented lyricist and, over the following six years, wrote over 100 songs together. Included on that list are four complete stage musicals: ‘Churchill – The Musical’, ‘Victory – The Musical’, ‘Capone – The Musical’ and ‘Blind Faith – The Musical’.

Two of the shows (‘Churchill’ and ‘Blind Faith’) had their world premieres in the Algarve at the Lagoa Theatre, with ‘Churchill’ being showcased at the Lyric Theatre in London’s West End.

With a long list of achievements under his belt, Trevor decided to retire in 2017.

However, he knew he needed to do something to keep his brain active.

“I decided to try my hand at a Second World War novel I had in my head for over 20 years, but it turned out to be 800 pages-long which was too big for a first novel,” Trevor explained.

Instead, he thought about writing something “lighter” which could catch people’s interest and would also be inspired by his life experiences as a JP.

“Having lived full time in the Algarve for the last 15 years, I thought I’d try writing a crime thriller, a genre I’d always enjoyed, but based around the Algarve which I knew and loved,” he said.

Trevor came up with the idea of creating two Algarve-based amateur sleuths: Michael Turner, a successful crime thriller writer, and his best friend Samantha Clark, an ex-London based police surgeon now working as a private doctor in the Algarve.

Four books have already been published – ‘The Mijas Murderer’, ‘The Faro Forger’, ‘The Salzburg Studies’ and ‘The Cairo Conspiracy’ – with a fifth on the way.

Trevor has also published three stand-alone books: ‘The JFK Report’, Trevor’s alternative theory as to who really assassinated JFK; ‘The Fourth Richest Man in the World’, his original World War Two novel; and ‘Whatever it Takes’, set 10 years into the future and based on the return of the Cold War.

Trevor’s books are all available as either a paperback or Kindle download from Amazon.co.uk or Amazon.com, and the Algarve Crime Thrillers are also currently being recorded for ‘Audible’.

People living in the Algarve can order and collect paperbacks directly by emailing Trevor at info@trevorholman.net 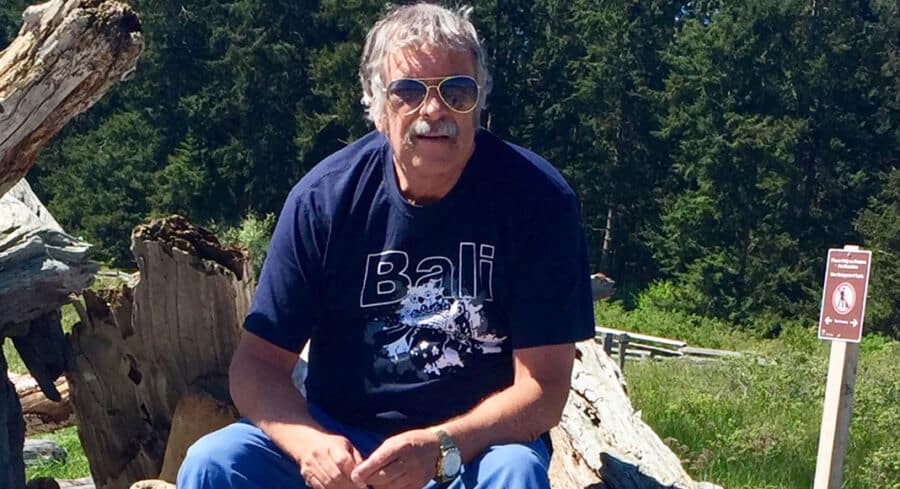