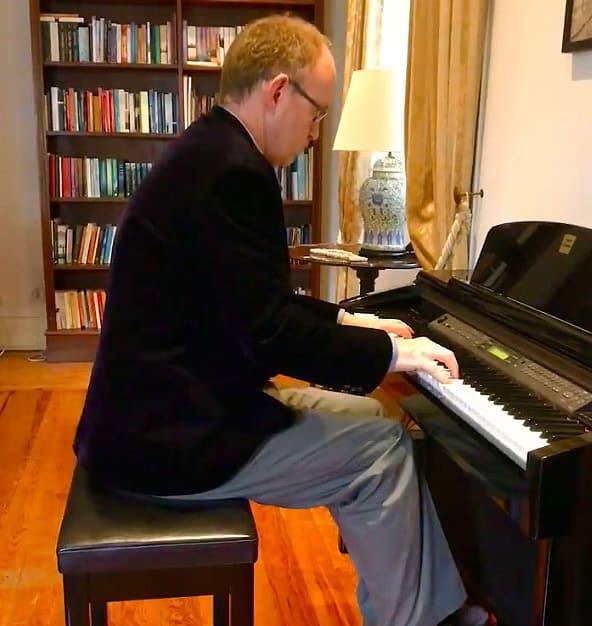 British Ambassador Chris Sainty took everyone by surprise on Saturday (April 25) by performing two historic Portuguese songs at his piano in celebration of the 46th anniversary of Portugal’s Carnation Revolution.

His beautiful renditions of ‘E Depois do Adeus’ by Paulo de Carvalho and ‘Grândola, Vila Morena’ by Zeca Afonso were posted in two separate videos on the ambassador’s Twitter page.

These two iconic songs were broadcasted on Portuguese radio station Rádio Renascença on April 25, 1974 as a signal to the armed forces to start the revolution that overthrew the Estado Novo, Portugal’s authoritarian regime.

The British Embassy’s press officer Manuela Romano de Castro said that the ambassador wanted to join the Portuguese people “in this important celebration”.

It had been years since Mr Chris Sainty had last played the piano, said the press officer. But one of the “positive collateral effects” of the lockdown was that it gave the ambassador time to rekindle his love of playing, taking “every one of his colleagues at the embassy by surprise”.

Mr Sainty’s first performance after the lockdown started saw him interpreting Vera Lynn wartime song ‘We Will Meet Again’, the words of which were echoed by Queen Elizabeth II’s in a speech at the start of April, followed by a rendition of ‘You’ll Never Walk Alone’.