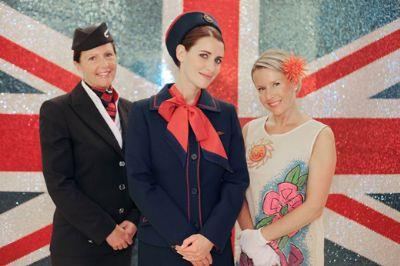 British Airways, which has flown under many names in its history of flying, celebrated its 90th anniversary on August 25.

The national airline was known as Air Transport & Travel Lt when it launched its first daily international air service from London to Paris on August 25 1919.

The airline has played an important part in British history – the Queen made her first appearance on British soil as monarch on the steps of a British Airways plane after the death of her father.

To mark the anniversary, crystal company Swarovski is loaning the airline a giant bejewelled Union Jack flag which will be in the arrivals lounge at Heathrow’s Terminal 5.