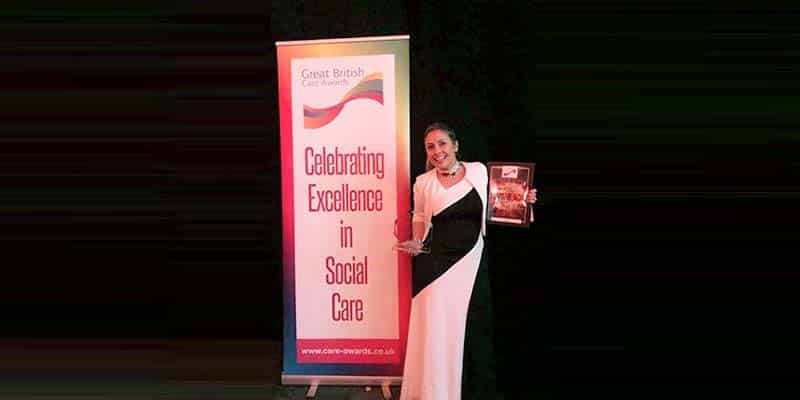 The 34-year-old from Vila do Conde ‘forced to emigrate to UK because she couldn’t find work in Portugal’ has just been awarded a new accolade.

Last year she was in the news for winning the Great British Care Awards’ ‘best long-term carer’ prize for the second year running (click here), and now she’s gone even further and scooped the “Good Nurse Award”.

Says the small-print under the title: “Silvia represents the very best in nursing in a care home setting. She is innovative, creative, passionate and goes the extra mile for residents, their families and her staff. She gives people the value and dignity they deserve. She strives to promote high quality nursing within her staff team and is an excellent role model”.

In fact, it’s all ‘wonderful’ aside from the fact that recognition for Silvia’s achievements came from abroad.

She told reporters here: “It’s a moment of happiness for having my work recognised, but at the same time there’s sadness because Portugal didn’t give me this prize”.

Says TSF radio: “Silvia Nunes receives the prize at a time when in Portugal nurses are unhappy with the government. She believes their protests are justified”.

Silvia told her interviewers, “I have only seen what is in the papers, but I think that they (the nurses) are right in doing what they are doing because the State and the government have released more money for the banks. I mean, on the one hand there is money, but on the other there isn’t. It’s very sad to hear of the situation in Portugal given that I am so happy in England and my colleagues in Portugal don’t seem to be…”

As for the winning of this latest award, the much-loved nurse who works at a palliative care home in Thetford said it was a ‘lovely surprise’.