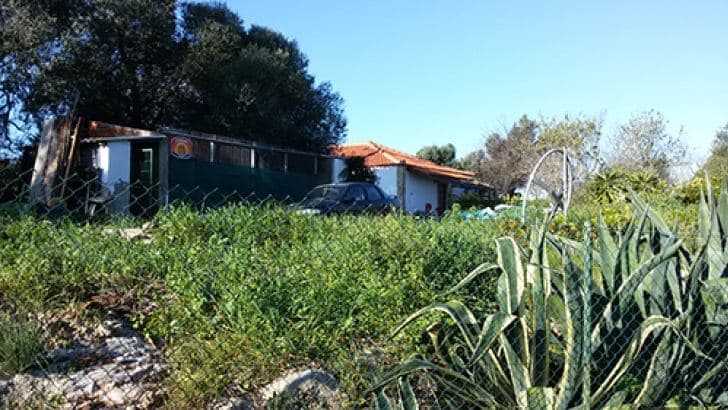 The Algarve Brit who buried his battered partner in the couple’s back garden and told friends that she had gone away for treatment for a nasty cough is today facing 25 years behind bars.

Portimão judges actually handed out sentences that totalled over 28 years, but as the dead woman’s son told us: “Twenty five years is the maximum jail sentence allowed in Portugal, so they could only give him that”.

Dean Davidson, 49, is nonetheless satisfied that justice has been done.

“It won’t bring mum back”, he said. “And we will never know the truth about what really happened”, as his mother’s killer has consistently denied bludgeoning the 72-year-old grandmother to death.

Weeks before the verdict, Nigel Jackson even wrote to the Resident, refuting the case made by the prosecution.

According to national tabloid Correio da Manhã today, Jackson “shook his head” when he heard his sentence yesterday afternoon, and “showed himself to be incredulous”.

But despite his assurances that he had returned home from a game of golf to find his partner lying in a pool of blood, investigators were not convinced – telling the court it would have been impossible for the woman to have killed herself (one of Jackson’s first contentions), and that a robbery that went wrong (another hypothesis put forward by Jackson) was also highly unlikely.

The case was never really in doubt.

The fact that Mrs Davidson’s long-time partner had rolled her body up in tarpaulin and then buried it under concrete in the couple’s back garden, while telling friends and family differing stories about her whereabouts, suggested foul play from the very beginning.

The existence of a younger ‘girlfriend’ installed in the couple’s house shortly after Brenda Davidson’s death simply confirmed it – and then came the stories revealed by Dean Davidson of years of physical abuse (http://portugalresident.com/exclusive-alcalar%E2%80%99s-%E2%80%9Cbody-in-garden%E2%80%9D-murder-victim-%E2%80%9Clived-in-fear%E2%80%9D).

Davidson told reporters at Portimão court after sentencing on Thursday: “Nigel has always lied and this crime was premeditated”.