Portugal Resident
Home Portugal News Bridge that will take your breath away due to open in Portugal... 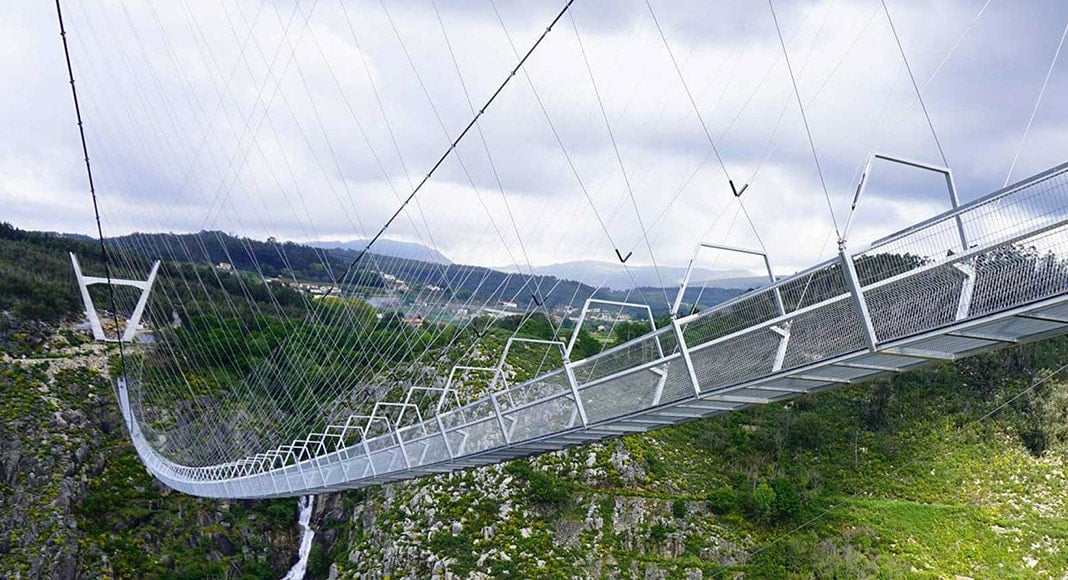 The UK Sun is calling it a “terrifying new attraction” but the 175 metres above ground bridge with a see-through bottom to the sheer drop below is also the longest pedestrian suspension bridge in the world.

Due to open later this month, the ‘516 Arouca’ (named for being 516 metres long) connects the northern tourist attractions of Agueiras Waterfall with Paiva Gorge.

The bridge has been built using steel cables and a metal-grid base “which lets you feel like you are walking on nothing” says the Sun.

Similar such attractions can be found apparently in China. Indeed, the whole look of the bridge, in the way that it sags in the middle, is very oriental.

Says the Sun, “only the brave should attempt it” – but clearly investors in the project will be hoping otherwise.

For now, it’s unclear exactly when the bridge’s inauguration will be.

As the Sun points out, British tourists are unlikely to be among the first to walk it by dint of the pandemic restrictions in place for foreign travel. But whoever does, will definitely have a unique experience.