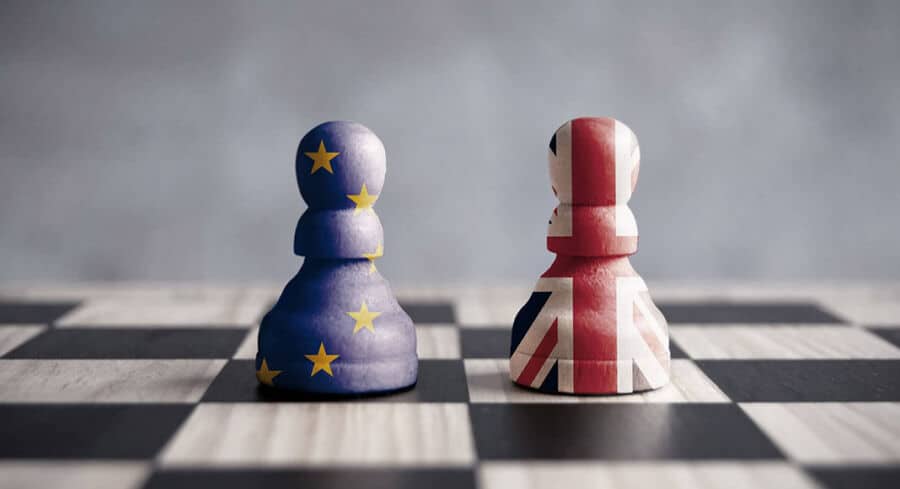 A little known ruling as a result of Brexit has left tens of thousands of Portuguese resident in UK – as well as Brits with second homes in Portugal – in a race against time if they want to avoid stiff financial penalties.

The issue has to do with a requirement to nominate a ‘fiscal representative’.

Explain reports, the obligation has caught citizens and professionals on the hop as it is not being communicated by the consulates or by the Secretary of State for the Portuguese communities.

It has arisen “as a consequence of the withdrawal of the UK from the European Union”, says Lusa today.

The State news agency has been sounding out some of the people affected by the ruling.

Sílvia de Sousa, based in York since 2003, believes the whole issue is “absurd”. In a digital age, communications go ahead over email so why does there even need to be the physical presence of a fiscal representative in Portugal, she queries.

In this case, Ms de Sousa is the owner of an inherited property here. The only family she has in Portugal is an aged mother with Parkinson’s Disease – in other words, not equipped to be a fiscal representative.

But if she hasn’t ‘found’ (which in this case means hired) a representative by the end of June, she could face a fine of up to €7,500.

Says Lusa, lawyers are charging up to €600 to be a fiscal representative.

The situation becomes much more complicated in the case of properties owned by multiple people: under the ruling, each one is expected to elect a fiscal representative.

Says lawyer Sandra Carito, “this new reality for the resident in the United Kingdom could lead to situations of abuse. The large majority of people with a fiscal number, if they have no taxation matters, should not have to pay such elevated sums just to have a fiscal representative”.

In her opinion, the amount charged should be ‘adjusted to the needs of the client’. But there is still the issue of fines (between €75 and 7,500) and the fact that if people do not have a fiscal representative they will find themselves without any power to challenge any kind of lien or taxation order.

For example, if they were to forget to pay their rates one year (IMI), “the property could be ‘seized’ and sold at public auction without the owner being notified because they don’t have a fiscal representative. The bank could also block a bank account as part of the regularisation process,” lawyer Miguel Reis tells Lusa.

Says the article today, the nomination of a fiscal representative is obligatory for anyone who holds a NIF (Portuguese fiscal number) but has a tax residence in another country, or who has been out of Portugal for more than six months. It is optional meantime for residents in EU countries, or in the European Economic Space – which includes Norway, Iceland and Liechtenstein.

The Portuguese government estimates that the Portuguese community in the UK rounds out at around 400,000 people. Of these around 375,000 are registered with consulates and around 335,000 have a UK residence on their Citizens Card (cartão de cidadão).

Anyone, says Lusa, can become a fiscal representative They simply have to keep correspondence related with income and contributions, and communicate them to the non-resident. They do not have any responsibility when it comes to making payments.

On December 23, eight days before the end of the Brexit transition period, the Portuguese government published a dispatch declaring that citizens and collective people registered on the AT tax authority’s database would have six months until June 30 to nominate a fiscal representative, independent of the existence of earnings or property in Portugal.

The requirement for a fiscal representative also applies to “thousands of Brits with second homes in Portugal”, says Lusa.

Sandra Carito believes that non-resident Brits have a clear case for complaining here, as “most of the time they will be paying someone simply to receive advice notices to pay their IMI…”

If the situation was in reverse, ie if the British move abroad, there is no rule obliging them to nominate a fiscal representative in UK, she said.

But as it is, there could be as many as 15,000 British property owners in Portugal affected, by this requirement, says Christina Hippisley, director-general of the Portuguese Chamber of Commerce in the UK.

As far as Sílvia de Sousa is concerned, the whole situation is “completely ridiculous”. She has told Lusa she will be formulating a complaint to the Justice Ombudsman as ‘several letters to the government, President of the Republic and parliamentary groups’ have received no replies whatsoever.

She told Lusa she will even go so far as to risk a fine as she tries to get this ruling changed.

“What irritates me most is that we were not informed on how Brexit would affect us on national territory”, she said.