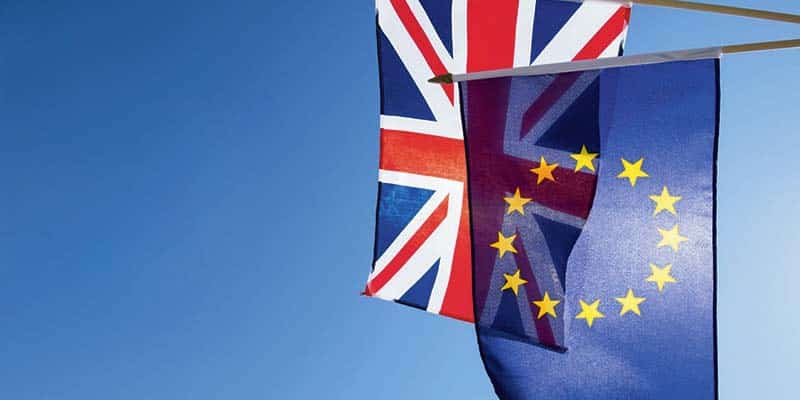 Property specialists are divided over the effects of Brexit on the Algarve property market, with some doing great business thanks to the likely departure of the UK from the EU and others noticing substantial uncertainty and a decline in demand. Everyone agrees the British market remains one of the region’s most important, but will this continue?

For QP Savills in Quinta do Lago, 2017 and 2018 have been “among the best years ever”, with more Brits than ever deciding to invest in the Algarve.

“Our company has achieved record sales figures thanks to Brexit,” Alison Hojbjerg and Kerstin Buechner told the Resident.

“We naturally assumed Brexit would have a negative impact on our market. The pound dropped and we feared the worst. Now, two years on, we can report that the Brits are in fact continuing to buy – more so than even before,” they told us.

In fact “many buyers feel pushed into making decisions quicker (than they would normally) as they seem to want to secure a Euro asset and guarantee themselves a property for their future in an area that is not only easy to get to and secure but that has a track record and offers safe investment opportunities.”

The sales professionals added: “Quinta do Lago and Vale de Lobo have historically fared exceptionally well in more difficult times and it seems buyers continue to see this area as their place of choice for investment even if the future seems unsure.”

Also enjoying better sales is Fine & Country, which reports the Brexit effect in the Algarve this year has been mostly positive.

“This has been an amazing year for us with over double the sales volume of 2017. The UK market has shown great resilience in the face of all the Brexit uncertainty and this year UK buyers have made up 34% of all sales enquiries, a considerable increase on 2017 figures,” says managing partner Zoie Hawker.

“Our marketing is very diversified and we do see a different buyer demographic from office to office, but across the Algarve, when combining the figures from our three offices in Carvoeiro, Almancil and Tavira, the UK has been by far our strongest market this year, followed by France with 25%,” she told us.

Despite these positive results, “increased uncertainty and current political mayhem in the UK” has started to take its toll.

“Up until October we were seeing large numbers of buyers either uprooting from the UK or simply securing an investment Portugal as an EEC country ahead of Brexit. But the feeling we get now is that some people are hanging on their money in fear of a no-deal,” Zoie admitted.

But there are no certainties either way. For instance, if Mrs May’s Brexit deal is agreed when parliament returns from its Christmas break in January, there could be a “flood of clients from the UK, helped by a stronger pound”, she suggests.
Equally a hard Brexit may not cause the run on the pound that everyone predicts, and “could result in even more Brits looking to get out of the UK”.

Whatever happens, Zoie Hawker stresses that “other markets remain strong” leaving Fine & Country still bullish about the Algarve property market for next year.

“There is a lot of uncertainty around”, he told us. “On the other hand, I do think the currency rate of exchange is a major factor here too for the UK citizens wanting to purchase. So, once stability is regained (and I hope that doesn’t take too long) then we hope to see a further increase in buyers from the UK market. But like most things, this won’t happen overnight”.

For Casas do Barlavento, buyers this year have mostly been from Sweden (26%) and France (19.5%), with those from the UK going into third place.

“Interesting times are ahead for us all in the Algarve” he agreed. “Even though buyer confidence is still high and the appreciation is still there for the investment and location of Algarve properties, we have to be prepared for what the future holds “.

British clients “are usually very aware on the fluctuation of the British Pound and they think carefully about their investments,” he said – intimating that the current ‘shambles’ in Westminster needs to be sorted fast.

“Brits don’t use it now because they don’t need to, but it could be an excellent tool in the future to retain their investment,” he said.

Other agents disagree. But the general consensus is that whatever happens, countries like Portugal and Spain will try to make life as easy as possible for UK investors, particularly those coming to live here. As one pointed out; “There were already thousands of British residents living in the Algarve before Portugal joined the Common Market, we obtained residency permits quite easily and all we needed to do was prove that either we had employment or we had the resources to support ourselves. We then gained all the rights of a Portuguese citizen.