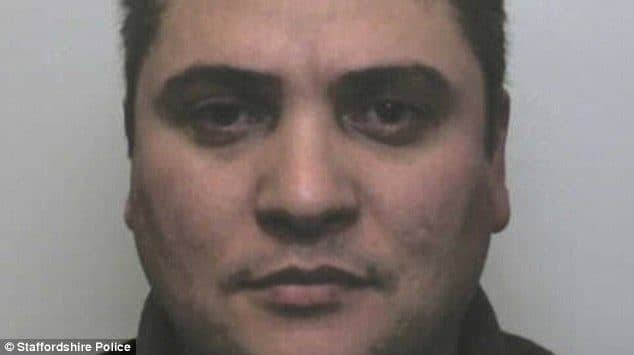 A young rape victim has vowed to track down the evil Portuguese paedophile who groomed her online for six months before attacking her in a parked car outside a Staffordshire supermarket.
The girl, who was 12 when she was raped, is using money received from the UK’s Criminal Injuries Compensation Board.
Her mother has told newspapers that her daughter plans to hire a private detective with the cash, as police investigations in the UK seem to have hit a brick wall.
“We don’t even know if they have any leads,” she told reporters. “Or whether they are in touch with police in Portugal, where we believe the man may have fled.”
The whole horror of the attack, and the way António Pedro de Alves managed to dodge his subsequent 11-year prison sentence, has left the girl and her family in shock.
De Alves was picked up a month after he raped the youngster, but he managed to post bail and was allowed to keep his passport.
Before the trial came up last May, he is believed to have skipped the country – very possibly returning to Portugal.
“It beggars belief that a foreign national accused of raping a child was ever allowed out on bail,” a close friend of the family told newspapers at the time and since then an international arrest warrant has yielded nothing.
“My daughter’s life is in limbo,” the girl’s mother told her local paper. “She cannot move forwards while the man who has abused her is walking free.”
Even worse, the convicted paedophile could be “walking free” here and grooming other children to become his future victims.
This particular nightmare began in 2011 in the UK’s Midlands, where de Alves was posing as a sports loving 15-year-old boy on the Bebo social network.
He met his victim online and slowly built up her trust in him.
A suggestion for a meeting six months later saw the youngster happily expecting to meet her new friend. Instead, de Alves was waiting for her. He said he was the boy’s uncle and that he would take her to meet his nephew.
According to a report by the Daily Mail last year, the girl “was immediately suspicious and tried to flee”, but de Alves was too quick for her and dragged her into his waiting car.
“I feel disgusted that my daughter feels she has to do this, but she thinks it could help bring this man to justice,” the girl’s mother explained to the Birmingham Mail.
“My daughter has been so brave,” she continued. “She is slowly rebuilding her life and hopes eventually to start a university course.
“We are all so proud of her, but she deserves justice.”
Staffordshire Police have meantime maintained they are actively hoping their investigation can move forwards.
“Inquiries are ongoing and Staffordshire officers are in continuous contact with foreign authorities via the National Crime Agency and Interpol.
“While we are making inquiries to locate Alves we do not have jurisdiction, or power in law, to go to another country until their law enforcement officers have detained the wanted individual. Our officers have supplied the relevant authorities with a significant amount of information and our work with them is ongoing,” a spokesman is quoted as saying.
No newspaper as yet has revealed what part of Portugal de Alves is believed to have come from. But anyone who thinks they may recognise him from the photograph should get in touch with police, either here, or in UK.
According to the Birmingham Mail, there is also a Crimestoppers number, which will accept information given anonymously: 0800 555 111.
Photo: A picture of António Pedro de Alves released by Staffordshire Police