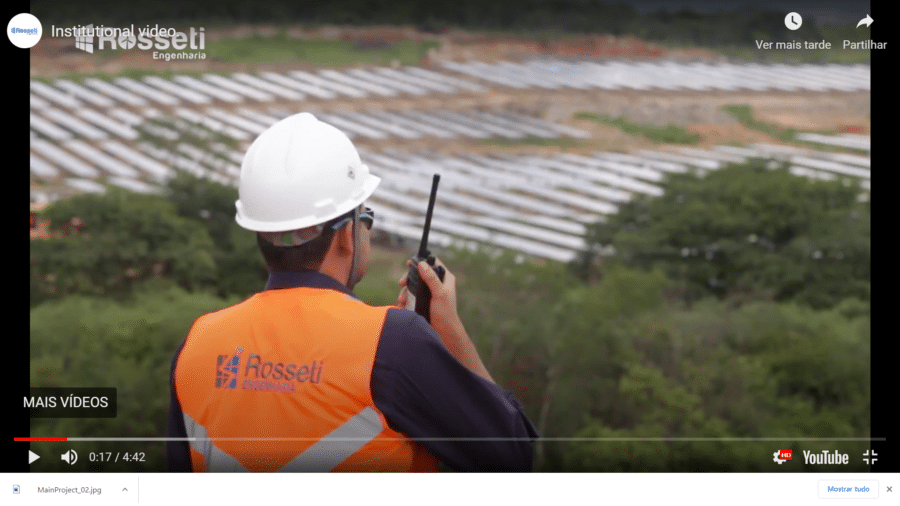 Braga company Rosseti Engenharia has signed a contract for the construction of a mega solar centre in the Alentejo capable of generating an estimated 100 GWh – the equivalent of consumption of over 30,000 homes.

Say reports, this is the first project to be implemented as a result of the solar auction held by the government in 2019. It represents an investment of €23 million.

Pedro Martins, director of Roseti Engenharia has said the contract “affirms once more the value of this company as one of great reference in Portugal in the sector of renewable solar and wind energy”.

The ‘first stone’ in terms of construction will be laid at an event scheduled for May 17, in the presence of the minister of energy João Pedro Matos Fernandes and his ‘vice-minister’ and secretary of state for energy João Galamba – a politician in the news today for having tweeted that investigative news programme Sexta às 9 is ‘manure’ and ‘a disgusting thing’.

The truth is that Sexta às 9 has been tireless in trying to bring sharp practices to the fore in the way the government is developing its ‘renewable energies’ strategy (click here).

And more recently environmental association ZERO has said that of the nine mega solar centres in public consultation during the first trimester this year, only one is “an example to follow”.

The majority are planned for ‘forest areas’, and as such the benefits of installing tens of thousands of solar panels are “not superior to the maintenance” of the land as it is today.

Indeed ZERO’s concern is that the ‘race’ to embrace solar energy could have disastrous effects on the environment.

Said the organisation in a statement released last week: “Zero looks with great apprehension at this new race to install solar parks – some of them of great dimension” – and some involving solar panels stretching over 1,000 hectares”.

Yes, it is positive for the country to invest in this type of energy, in order to attain climatic neutrality by 2050 – but ‘impacts and conflicts’ have to be addressed, particularly when expanding solar energy into ‘sensitive areas’.

“This artificialisation of the territory with a carpet of panels will hugely alter the landscape and rural areas with inevitable negative impacts for the environment and populations that live there”, says Zero, adding that the potential for tourism could also be lost if the country starts having huge tracts of land covered by panels.

Urgent studies need to be made into the impact these projects could have on wild animals and birds – particularly as they involve the installation of overhead power lines.

ZERO says it is imperative that access to information is improved as many people are only aware these projects are on the way when the public consultation process opens.

“We have received endless complaints”, says the NGO.