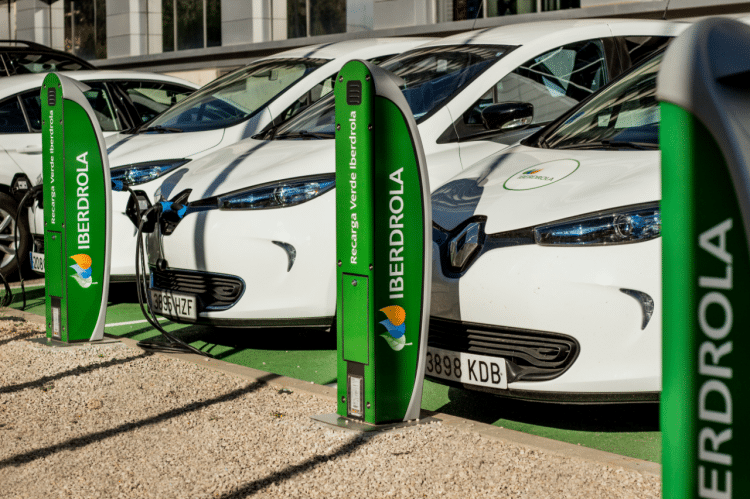 Iberdrola and BP announced a partnership today that envisages a joint investment of up to €1 billion in 11,000 electric vehicle charging points and the production of green hydrogen in Portugal and Spain.

In a statement, the two companies said they “aim to finalise both joint venture agreements by the end of 2022”, with the agreement still “subject to the necessary regulatory approvals”.

“The plan includes the installation and initial operation of 5,000 fast and ultra-fast public charging points by 2025 and up to a total of 11,000 points by 2030 in Spain and Portugal,” they said in a statement.

The aim is to “significantly expand access to charging, both for passenger vehicles and fleets of heavy vehicles and vans, thus accelerating electric mobility“.

Both companies said they were “also looking at developing joint solutions to serve electric vehicle customers in the UK”.

Also included in the plan is “the joint development of large-scale green hydrogen projects in Spain, Portugal and the UK, plus possibly other countries” to reach a production capacity of up to 600,000 tonnes per year, integrated with the development of new renewable energy capacity.

The strategy is “to form a joint venture for the integrated production of green hydrogen on a large scale in Spain, Portugal and the United Kingdom, as well as the production of its derivatives, such as green ammonia and methanol, with the potential to be exported to Northern Europe.

“This strategic partnership will combine Iberdrola’s globally recognised experience as a leader in the development of renewable energies and its regional customer base with BP’s experience in gas processing and marketing and its global customer base,” said the companies.

The green hydrogen project at BP’s Castellón refinery in Spain will be part of the agreement, with BP and Iberdrola, together with the Energy Technological Institute, having submitted the Castellón project to PERTES (Strategic Projects for Economic Recovery and Transformation).

“Likewise industrial projects under development by Iberdrola and BP, as well as new projects, will be part of the agreement.”

Building on this collaboration in Spain, Portugal and the UK, the two companies affirm they intend to “explore potential future opportunities for green hydrogen production in other countries“.

“This agreement intends to help advance decarbonisation and energy self-sufficiency through the electrification of two key sectors of our economy, transport and industry,” said Ignacio Galán, Iberdrola’s chairman in the statement.

“The size of this challenge requires alliances between companies such as Iberdrola and BP, which have the technology and knowledge necessary to help accelerate Europe’s industrial development and at the same time generate well-being and new opportunities for all through clean energies”.

BP’s executive chairman (CEO) Bernard Looney added that “the development of low-carbon energy solutions that our clients are looking for requires the integration of different technologies, capacities and forms of energy and we can achieve this more quickly and on a larger scale when we work in partnership with other companies.”

“We have great respect for Iberdrola, which has been an early leader in the energy transition, and we are very excited about what we can deliver together,” he added.

With a comprehensive mobility service offering to cover the needs of electric vehicle users, Iberdrola claims leadership in the public electric charging infrastructure in Spain and Portugal, with more than 2,500 charging points in operation and others under development, investing in renewable energies to decarbonise the transport sector.

BP has the “ambition to rapidly expand its network of charging points for electric vehicles globally and continue to invest in fast and ultra-fast charging”, currently owning a European network with more than 10,000 charging points, mainly in the UK and Germany.

Under the joint venture now announced, BP plans to “use part of its extensive network of 1,300 filling stations in Spain and Portugal as locations for the charging centres“.