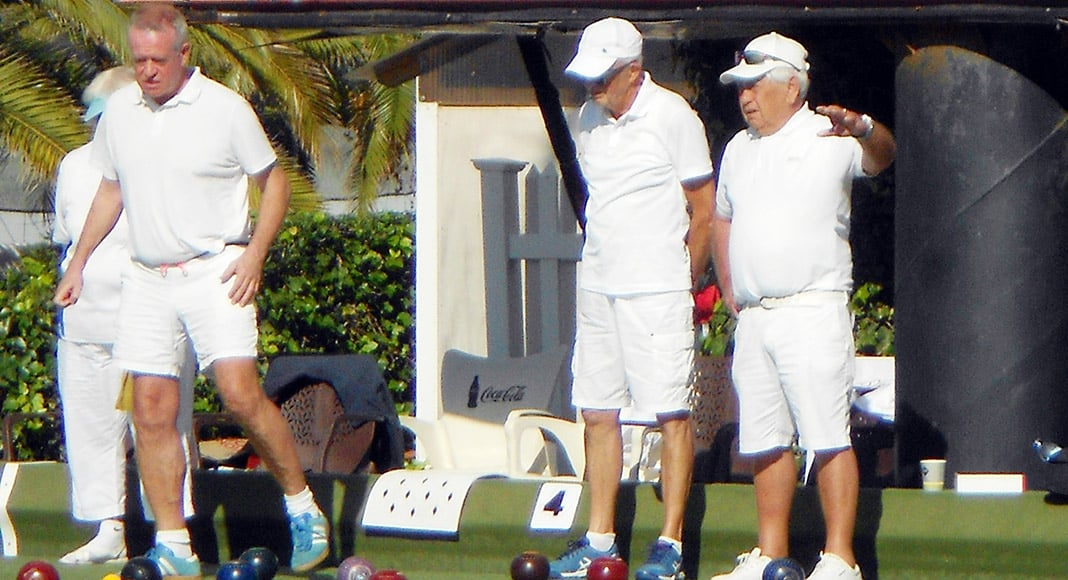 Tuesday, January 28 was our second Australian Pairs match, and we all met up again at Floresta Bowling Club for both morning and afternoon games, with lunch provided by Lynne and Paula.

Tavira won two points from Pedras who won eight; Valverde lost all the points to Floresta who won all 10; and Alvor won six points from Albufeira who won four points.

Floresta are at the top slot in this Table with 18 points, Pedras are second with 14 points, and Alvor and Albufeira are third with 10 points each.

Thursday, January 30 was Super 10’s day. Valverde shared the points with Albufeira each taking four points; Pedras took all eight points from Balaia; whilst Alvor won seven points from Floresta who won one point. Tavira were the resting team this week.

Floresta are in the top position with 53 points, with Pedras chasing closely behind on 50 points. Valverde are third with 38 points.

The Table for League A has Albufeira Cats at the top with 76 points, Floresta Foresters in second place with 68 points and Pedras Panthers in third on 50 points.

Valverde Vulcans are at the top of League B with 55 points, Floresta Huntsman and Valverde Vipers are in second place with 50 points each. Floresta Rangers are in fourth place on 36 points.

Three more weeks to the end of the preliminary rounds to decide which teams are in the Semi-Finals.