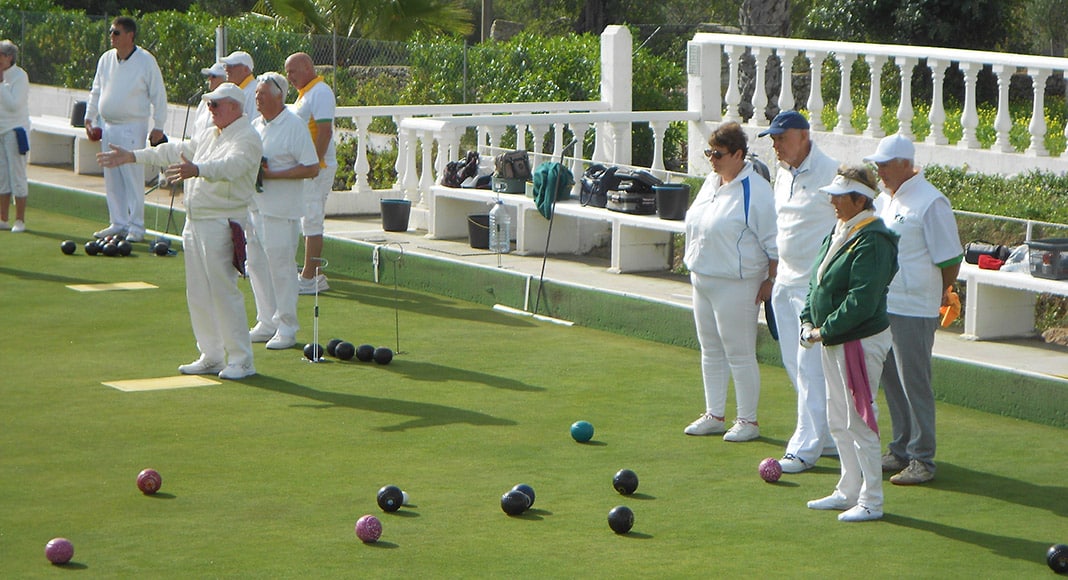 We are halfway through our Australian Pairs competition held on Tuesday, February 4 at Valverde, with lunch provided by the Dom Camillo restaurant. It was a beautiful, warm, sunny day.

The Table still has Floresta at the top with 22 points, with Pedras closing the gap in second place on 20 points, and Albufeira in third place on 16 points.

Pedras are now at the top of this Table with 55 points, chasing closely behind is Floresta on 53 points, with Valverde third on 44 points.

These results keep Albufeira Cats at the top of Table A on 84 points, with Floresta Foresters chasing closely behind on 76 points, and Pedras Panthers in third place on 56 points.

Valverde Vulcans remain at the top of League B with 63 points, Floresta Huntsman closing the gap in second place with 54 points, and Valverde Vipers chasing in third place on 52 points.

Only two more weeks to decide who will be in the Semi-Finals. It’s going to be a close thing.