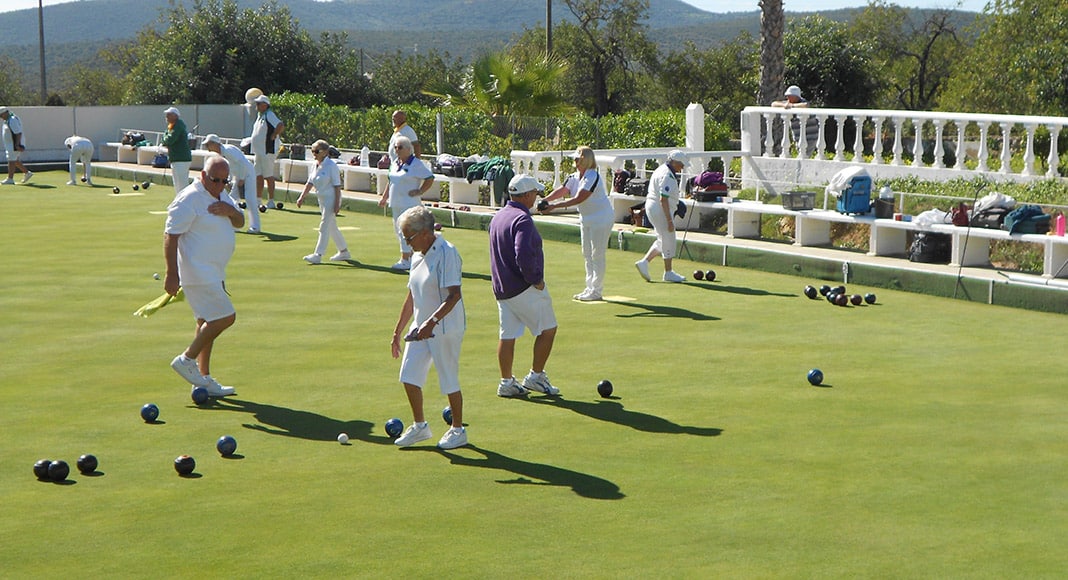 Yet another beautiful morning for our last Australian Pairs match at Tavira Bowling Club. Floresta won six points from Albufeira who won four points; Tavira took three points from Alvor who won seven points; whilst Valverde and Pedras shared the points with five each.

This means Floresta finish the top of this League with 35 points – congratulations to the team! – with Pedras in second place on 31 points, and Albufeira in third place on 24 points.

Well done to all the teams taking part; a very enjoyable new competition for all.

Thursday, February 20 was our penultimate Super 10’s match. Balaia and Floresta shared the points with four each; Albufeira held five points from Pedras who won three points; whilst Alvor won six points from Tavira who won two points. Valverde were the resting team this week.

The Table for this League still holds Pedras at the top with 62 points; Floresta really chasing closely behind on 61 points. Albufeira is in third place with 49 points. With only one point between the top two teams, bowling doesn’t get any more exciting than this. One more match to decide the winner.

Valverde Vulcans remain at the top of League ‘B’ with 77 points, Floresta Huntsman in second place with 64 points, and Valverde Vipers in third place with 52 points.

Having completed the group rounds, we now move into the Semi-Final stage of the competition. Albufeira Cats must now play against Floresta Huntsman next Saturday at a neutral ground – Alvor; whilst Floresta Foresters must play Valverde Vulcans also at a neutral ground – Tavira, at the same time, to decide which two teams will play off against each other to decide the overall winner.