I’ve lost count of how many weeks it has been since restaurants have been closed, but Monday saw many of them throw open their doors or, should I say, be allowed to serve outdoors.

This limits this stage of lockdown release to those restaurants that have sufficient outdoor seating to make it worthwhile. And likewise in most cases, until the weather warms up, they are more or less restricted to lunches, although those not-so-environmentally-friendly terrace heaters will no doubt see some opening in the evening as well.

Living in Carvoeiro, I was keen to go out for lunch on Monday and show my support to a local restaurant and, with Michelin-starred Bon Bon amongst those open, I booked a table. But this is more than a normal reopening for Bon Bon, for it is also a new start with a totally renewed team in the kitchen.

Owner and renowned local restaurateur Nuno Diogo has held onto his Michelin star with two changes of chef since it was first awarded to the restaurant back in 2016 and now, six years later, with new chef José Lopes, he is as well-positioned as ever to keep Carvoeiro on the map of Michelin-starred restaurants in the Algarve.

José Lopes has a solid curriculum behind him, which includes seven years at Michelin-starred Eleven in Lisbon under Joachim Koerper where he rose to resident chef.

At 31 years old, he appears to have the experience and the team behind him needed to keep Bon Bon at the top of its game. The lunch menu – three courses costing €45, four courses €58 and five courses €70 – represents outstanding value for money.

We opted for the five courses, all beautifully executed and cooked to perfection. What struck me most about the chef’s work was the integrity of the flavours and a clear objective to let the ingredients do the talking.

Two of the stand-out dishes which show a strong connection to the Algarve and are photographed here (my own iPhone photos) were a Carabineiro (scarlet prawn) with flavours of Caldo Verde soup and an outstanding rendition of Algarve pork and clams.

Strong pastry skills are also present, culminating in the petit fours shown here, comprising a miniature eclair filled with strawberry ice cream, a caramel-flavoured macaroon and, in a final salute to the Algarve, a mock orange flavoured with medronho.

All being well, from May 3, Bon Bon will return to the usual schedule of dinner from Thursday to Sunday and lunch on Saturdays, Sundays and Mondays. 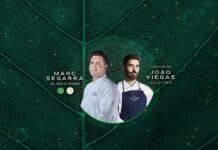 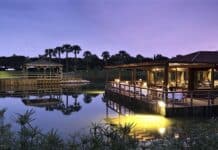 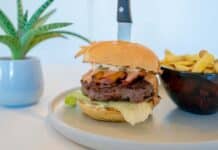 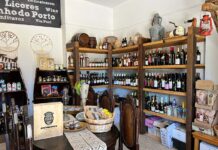 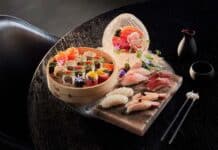