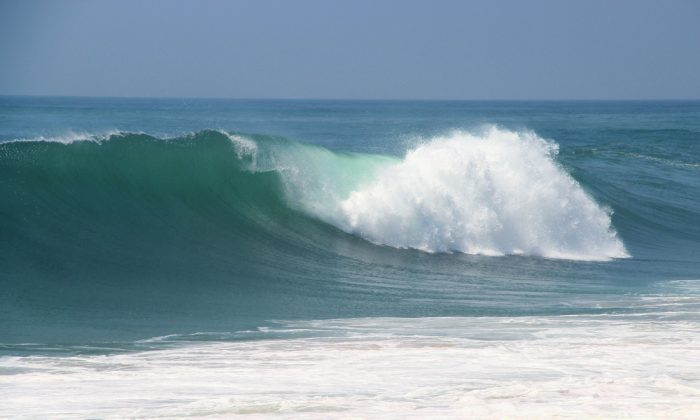 Searches for a missing swimmer off Praia da Rocha beach this morning have ended with the very sad discovery of the 72-year-old Portuguese man’s body.

It was located 1 km west of the point where his wife said she had seen him ‘disappear’.

The body has been transported to Portimão’s coroner’s office where it will be autopsied.

Explains the tabloid reporter at the scene, it is still unclear whether the man – an emigré on holiday from his home in France – drowned, or suffered a ‘sudden indisposition’.

The man was reported missing shortly before 10am this morning on a day when waves were ‘larger than normal’.

He had been swimming close to rocks known for treacherous currents.

Since the incident, lifeguards on the beach have hoisted the red flag – meaning unsafe for swimming.