Portugal Resident
Home Community Boca do Rio, one of the best-preserved Roman ports in Portugal 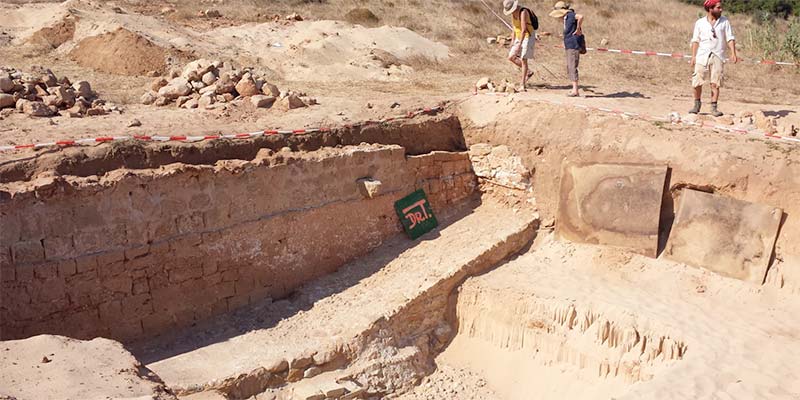 The Algarve Archaeological Association (AAA) will be holding a talk on Tuesday, April 2 entitled ‘The Roman fish sauce production centre of Boca do Rio in the light of new excavations by UMR and UAlg’.

There will be two lectures in English by Florian Hermann. The first lecture will be at 2.30pm at the Museu do Traje in São Brás and the second at 6pm at the Convento de São José in Lagoa.

Florian Hermann, from the University of Marburg, Germany, will be presenting the results of recent excavations at the site of one of the best-preserved Roman ports in Portugal and the important Roman fish sauce production site at Boca do Rio, Vila do Bispo in the western Algarve.

For the last two years, the project ‘Vulnerability of complex production networks on the Atlantic Coast of Roman Lusitania’ (funded by the German Research Foundation) has been investigating the dependency of Roman fish sauce production in Hispania on the changing development of its direct environment.

At the site of Boca do Rio, the Universities of Marburg, Cologne and Aachen (RWTH) in Germany have been working in collaboration with the PIPA-project ‘Boca do Rio, a fishing site between two seas’ led by João Pedro Bernardes of the University of the Algarve (UAlg).

The project involved a number of archaeological university students and was assisted by grants from the Algarve Archaeological Association.

Boca do Rio is located in the extreme southwest of the Iberian Peninsula and the site of the Roman port was identified during a geophysical survey undertaken in 2017.

Excavation of the site, buried under the sand dunes, revealed a 40m long limestone port structure with pierced stone mooring rings, a slipway and access steps. It also revealed a Roman fish-processing factory with 2m deep vats, in an excellent state of preservation, used for the production of ‘garum’ fish sauce, prized by the Romans and shipped across the Empire.

Boca do Rio was one of the highest density fish-production sites in the whole of the Empire. Like many other Roman coastal settlements and small fishing sites of the region, it is situated in a small bay right next to the Atlantic Ocean.

The archaeological complex at Boca do Rio, which spans the second to fifth centuries AD, includes a Romanvilla adjacent to the beach. This living area, or ‘pars urbana’, was in the southernmost part of the complex, right by the sea where it had been described by Estácio da Veiga in 1910.

Due to their exposed position, the majority of these structures have already been destroyed by the sea.
To the north, the continuation of the settlement consists of various small-scale workshops. These follow the design known from various other fish sauce-production sites with central courtyards, around which the vats are arranged.

Boca do Rio is famous for being the best place to study the evidence for the tsunami associated with the earthquake of 1755, which devasted Lisbon and much of the Algarve coastline.

This is one of the factors in the choice of the site for investigation. Another factor is that long-term developments in coastal dynamics can be observed in the local deposits, including the slow sedimentation of what is nowadays a mostly dry alluvial plain with three small rivers. The conversion from an open, marine body of water to the current dry state was a long process which started in antiquity and could have had a drastic impact on the Roman settlement situated at the shore of the estuary.

Several field campaigns involving geophysical prospection and excavation have allowed the creation of a new idea of the complexity and overall composition of the fish-processing site at Boca do Rio.